The Online Trust Alliance (OTA) evaluated nearly 1,000 websites, grading them based on dozens of criteria in three categories: consumer protection, privacy and security.

Their audit has been expanded and includes websites of the top 50 leading Internet of Things device makers, focused on wearable technologies and connected home products. 76 percent of these sites failed the assessment, while only 20 percent scored highly enough to qualify for OTA’s Online Trust Honor Roll. 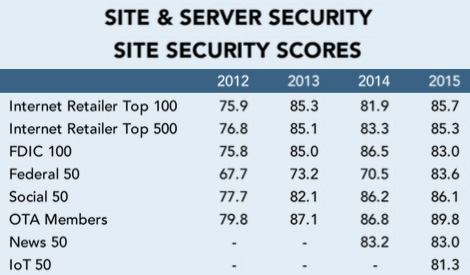 News and media sites received the lowest scores with an 80% fail rate. These sectors fared poorly primarily due to inadequate privacy policies and a lack of domain and consumer protection standards.

“The results of this audit serve as a wake-up call to Internet of Things companies who are handling highly sensitive, dynamic and personal data,” said Craig Spiezle, Executive Director and President of OTA. “In rushing their products to market without first addressing critical data management and privacy practices, they are putting consumers at risk and inviting regulatory oversight.”

Despite setting the most difficult criteria yet for its audit, OTA reported that 44 percent of the websites it evaluated across multiple industries qualified for OTA’s 2015 Honor Roll, a significant improvement over last year’s 30 percent. Still, 46 percent of examined websites failed outright, while another 10 percent didn’t perform strongly enough to earn Honor Roll status. 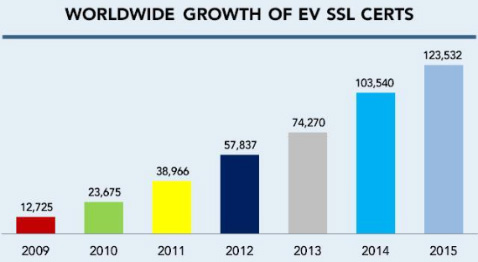 A failure indicates the site is vulnerable to an existing online security threat, is not adequately protecting consumers from phishing and other social engineering threats, and/or has insufficient privacy policies and inadequate disclosure notices.

For the third consecutive year, Twitter scored highest among all websites. Top scorers in each industry category were as follows:
More about
Share this