“The primary motivator behind banking malware attacks is to capture credentials, financial data, and personal information from employees, and partner company employees, across industries. Then apply this stolen information in fraudulent wire transfers or fake automated clearing house (ACH) transactions to steal funds. 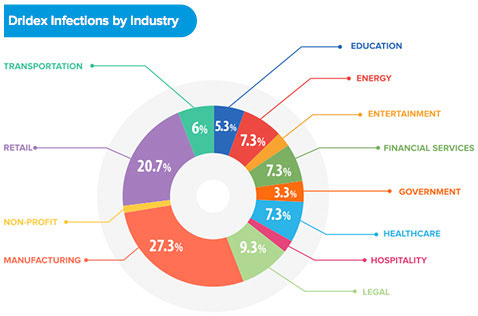 “Security awareness and education is never enough. The evolving tools, techniques, and procedures that are continuously honed by malicious actors make it nearly impossible for every individual in an enterprise to be aware of the latest attack method,” said Alex Heid, Chief Research Officer of SecurityScorecard. “To prevent financial losses from an attack, businesses need a closed loop of communication between partners, suppliers, and all third parties that are impacted by banking malware. It is critical that companies think about their collective information security ecosystem when gauging their own security risk.”

The top three banking malware families being captured are all direct variants of Zeus, or mimic Zeus-like functionalities. These malware attacks are the preferred method of obtaining stolen credentials, especially when traditional attacks on web applications or network-based attacks are being monitored by internal security teams.”