Every day it seems information security is ruling the headlines, Americans are (perhaps understandably) feeling insecure about the security of their financial information. In fact, according to a new survey from MasterCard, 77 percent are anxious about their financial information and social security numbers being stolen or compromised and this fear runs so deep that consumers are less concerned about having their e-mail hacked (62 percent) or their home robbed (59 percent).

But perhaps most shocking is that 55 percent would rather have naked pictures of themselves leaked online than have their financial information stolen. 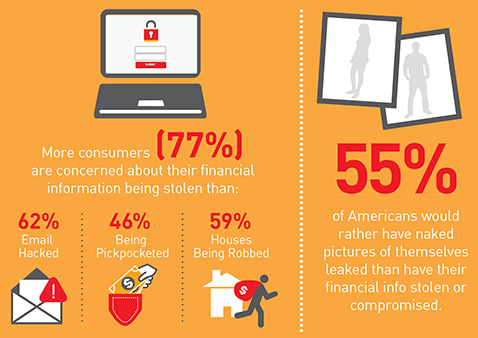 While the good news is that Americans are eager to take an active role in protecting their financial information, few may recognize the everyday habits that could be putting them at high risk.

However, consumers are ready to embrace new ways to pay. With the U.S. liability shift less than three months away, Americans want to feel empowered with new payment options.

“Our survey reveals there’s a sharp contrast between what people say or think they are doing to protect their information and what they actually do, but that’s understandable – we’re human,” said Carolyn Balfany, SVP of U.S. Product Delivery – EMV, MasterCard. “In today’s digital age, we need the strong combination of what we all can do ourselves to keep our information as safe as possible and what we are doing at MasterCard to bring the latest innovations in safety and security to our cardholders.” 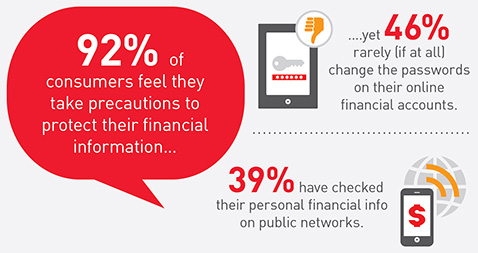