For many organisations holding back the tide of cloud-based services adoption is almost impossible as the use cases are overwhelming, according to a new report by analyst firm Quocirca. These include on-tap infrastructure, support for live-in-the-cloud business processes and the outsourcing of utility applications to third party specialists.

The study also reveals that the challenge for many UK organisations will be not whether to accept cloud-based services but how well prepared they are for their adoption. 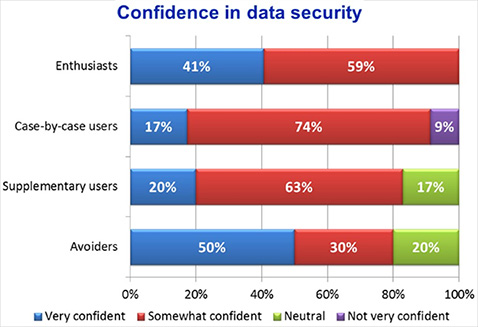 The report highlighted interesting findings between the two extreme groups – the enthusiasts and avoiders, especially as it relates to IT security. Whilst both groups have put in place IT security measures to address the risk associated with using cloud-based services, there are significant differences in those measures.

This report highlights the degree to which attitudes to cloud-based services have changed,” said Bob Tarzey, Analyst and Director at Quocirca. “The move towards wide-spread adoption of cloud-based services is inevitable, not least because of the need to support inter-organisational business processes. Whilst Quocirca does not see the transition from avoiders to enthusiasts happening overnight, once the benefits of cloud services have been seen through a case-by-case use, the step to all-out enthusiasm is not such a big one.”

Cloud-based services adoption is on the rise

Confidence in using cloud-based services is highest at the extremes