On average, nearly five high-to-critical priority vulnerabilities are found within the lifetime of a single program, according to Bugcrowd. 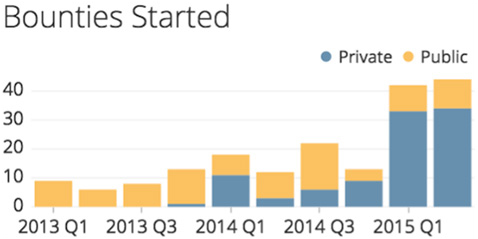 The top six vulnerabilities found in all programs (public and invitation only) represent 35% of the vulnerability types uncovered:

XSS, CSRF and SQL injection are still driving top vulnerability submissions—which is consistent across other publicly available bug bounty data from Google and Facebook’s programs. The 65% of “other” vulnerabilities can be broken down into the following categories: 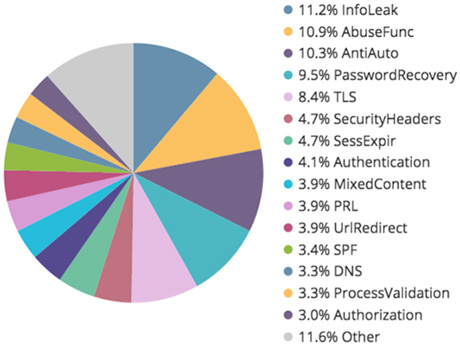 “The data pulled from our sizable community demonstrate the impressive economics behind bug bounty programs, for both sides of the market,” said Casey Ellis, CEO of Bugcrowd.

“As the power of crowdsourced security testing continues to grow and evolve, it’s critical to maintain transparency and open communication between researchers and organizations into how vulnerabilities are reported, patched and rewarded, and to that end we’re very pleased to be releasing this report,” Ellis concluded.
More about
Share this