As retailers and banks prepare for the October 1 EMV liability shift—which moves fraud liability from issuing banks to merchants —many consumers have not yet received their new chip-enabled cards, or are simply in the dark about what EMV means, according to a survey of 1,000 adults in the U.S. from ACI Worldwide.

Of those consumers surveyed who have one or more credit or debit cards:

Of those who have already received chip-enabled cards:

Demographics play a role for those who have received chip-enabled cards, but awareness does not connote understanding:

Geography also plays a role for those who have received chip-enabled cards: 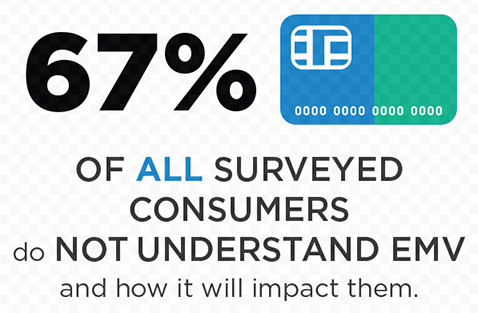 “The survey data validates the trends we have seen over the past year; with less than a month to go until the EMV liability shift, a staggering number of consumers are neither educated on nor aware of EMV; they don’t know why they have new chip-enabled cards,” said Mike Braatz, senior vice president, Payments Risk Management, ACI Worldwide.

“And if consumers are unaware, the implications for retailers come October and throughout the holiday shopping season could be major, especially as retailers prepare for this new payment experience. Although October is the date for the liability shift, we know issuers, acquirers and retailers are still working on issuing cards and upgrading payment acceptance systems to address EMV,” Braatz concluded.
More about
Share this