Third-party vendors can be a significant security risk if their access to IT systems are not managed and monitored correctly, according to Bomgar.

The new study explores the visibility, control, and management that organizations in the US and Europe have over external parties accessing their IT networks. It also uncovers the level of awareness organizations have over the potential risks – such as cyber-attacks and data breaches – that vendors accessing systems remotely can pose. Finally, the report looks at the policies and processes organizations have in place to protect themselves, and their third-party vendors, from these issues. 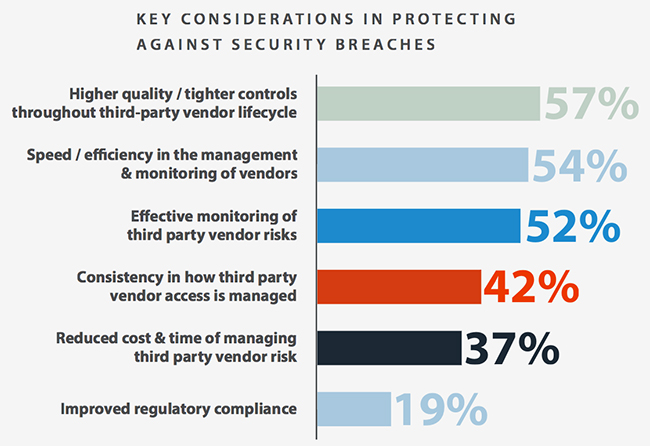 81 percent of respondents admitted that high profile data breaches, such as the 2013 attack on Target, have increased their awareness of the need for better third party vendor controls. Yet only a third (35 percent) are confident they know the exact number of vendors accessing their IT systems.

Research reveals that on average 89 third-party vendors access a typical company’s network each week, and that number is likely to grow. Three quarters (75 percent) of those polled stated the number of third-party vendors used by their organization has increased in the last two years, and 71 percent believe the numbers will continue to increase in the next two years.

The report uncovered a high level of trust in third-party vendors, but a low level of visibility of vendor access to IT systems. 92 percent of respondents say they trust vendors completely or most of the time, although two-thirds (67 percent) admit they tend to trust vendors too much. Astonishingly, only 34 percent knew the number of log-ins to their network attributed to third-party vendors, and 69 percent admitted they had definitely or possibly suffered a security breach resulting from vendor access in the past year.

“Third-party vendors play a vital and growing role in supporting organizations’ systems, applications, and devices. However, they also represent a complex network that many organizations are struggling to appraise and manage correctly,” said Matt Dircks, CEO of Bomgar. “It’s clear from the research that there’s a high level of trust in third-party vendors, but very little visibility or control over what they’re doing when connected to the company’s network. This combination of dependence, trust, and lack of control has created the ‘perfect storm’ for security breaches across companies of all sizes. If a hacker can compromise and pose as a legitimate vendor, they may have unfettered access to networks for weeks or even months; plenty of time to steal sensitive data or shut down critical systems.” 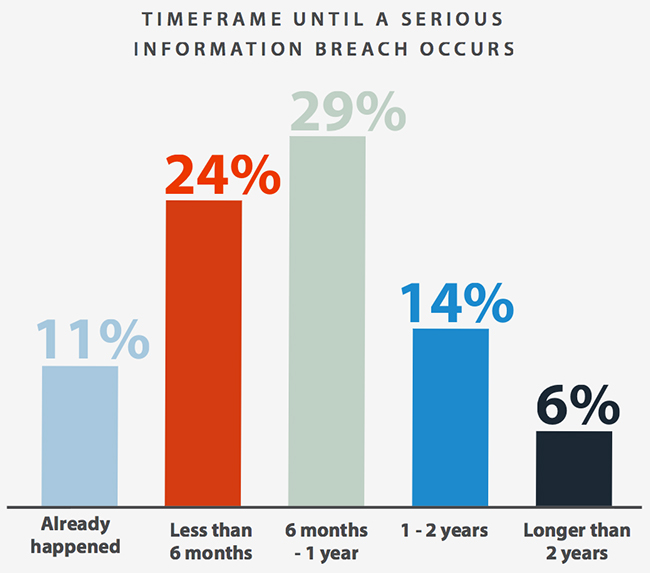 Interestingly, it is not that organizations don’t understand the risks – amongst those surveyed there was a general awareness of the threats posed by ineffective management of vendor access. Of those polled:

“There’s clearly a gap in many organizations’ ability to limit their exposure to cyber-attacks that stem from hackers piggy backing on third-party vendor access,” added Dircks. “Without the ability to granularly control access and establish an audit trail of who is doing what on your network, you cannot protect yourself from third-party vulnerabilities.”