Law enforcement is challenged by the need for a balance between equipping officers with gear that will protect them while also trying to manage the appearance of acts of excessive use of force by officers. There are also major concerns about the excessive costs associated with many newer products. 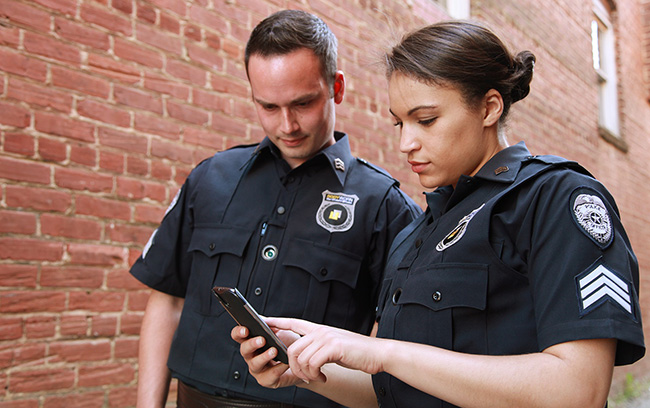 Sales of law enforcement and guarding equipment in the US are projected to increase 3.5 percent annually through 2020 to $1.2 billion, according to The Freedonia Group. Overall demand growth will be driven by the rising number of guards and law enforcement officers.

Demand will further benefit from the rising adoption of expensive, high technology products such as license plate readers, stationary cameras, body cameras, conducted electrical weapons, and drones. Sales of license plate readers and stationary cameras will particularly benefit from both the growing number of agencies that utilize these products and the decision of many agencies that already utilize these products to expand their existing stock.

“Law enforcement agencies have their hands full in attempting to keep qualified, competent, and skilled personnel, much less keep up with the explosion of solutions. As a former law enforcement officer, we were always asking for additional resources to keep up with the demand. What is needed are inexpensive solutions that are flexible, intuitive, affordable, and allow for the ever changing landscape of countering these threats,” Keith Lowry, Senior VP at Nuix, told Help Net Security.

“Solutions must be as agile as the threat. Security has always been an important concern to organizations, however, many are slow in recognizing that in addition to physical security, we live in a digital world that gates and guards don’t protect. As more and more organizations feel the public pressure and embarrassment of being the victims of cyber-crime, they are indeed increasing and expanding security resources beyond the physical and into the digital world,” Lowry added.

Newer technologies, especially body cameras and drones, are expected to see strong increases in the number of units sold, though value demand will be limited to a degree by declining prices.

“I think the general idea is that if there is new technology that can keep us safer, we want to adopt that technology,” said Ebba Blitz CEO of Alertsec. “Bad actors are primed to hijack the technologies of tomorrow, including robotics, virtual reality and artificial intelligence. As we are moving into an increasingly connected world, with new capabilities also on the dark side, the good guys need to be one step ahead. This requires investments in new technologies at an ever increasing speed.”

In contrast to the more technologically advanced products, sales of duty gear, body armor and riot gear, and vehicle equipment tend to be driven by replacement demand as these products either wear out or expire.

Although product improvements contribute to rising prices and value demand, the high market penetration of these products often limits additional opportunities for growth. As a result, sales of these products are expected to see more limited gains through 2020.

Demand for law enforcement and guarding equipment varies by region due to demographic differences such as population size and urban-rural distribution.

Major urban areas represent a significant share of law enforcement officers employed in the US, as well as the majority of guards. As a result, the South and West – which have large populations and a larger number of urban areas — represent the largest and fastest growing regional markets. Differences in state and local legislation, which may either limit, ban, or require the use of certain products, also impact demand.