As the holiday shopping season kicks into full gear around the world, industry analysts predict low prices, discounts and promotions will entice shoppers to buy the latest tech gadgets and electronics, including smartphones and tablets. 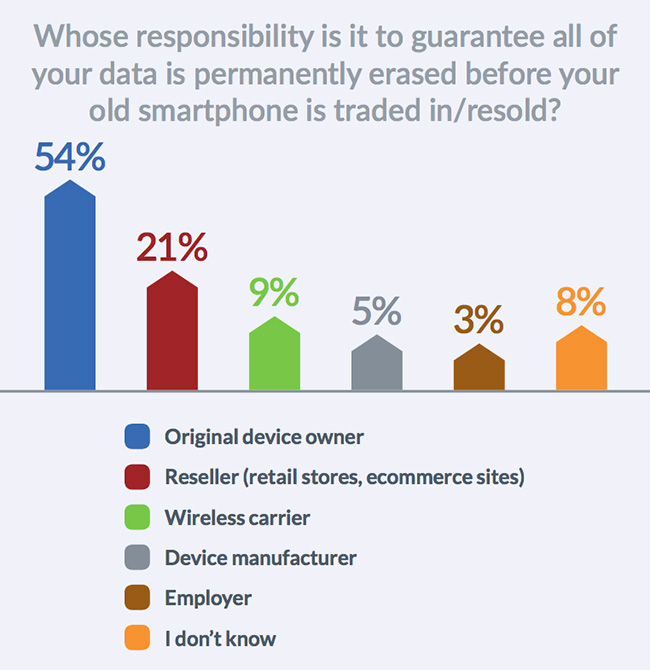 68 percent of mobile users plan to purchase a new smartphone during the holiday shopping season. But this proclivity to buy new smartphones and insecure mobile data practices will come with a steep data privacy price – both for smartphone owners and their employers, according to Blancco Technology Group.

When asked to rank the types of data mobile users are worried about having lost/stolen after reselling/trading in their devices this holiday season, financial details, social security/national insurance numbers, credit card numbers, company emails and customer lists were among the most common types of personal and corporate data.

Despite these admitted fears, 72 percent of the surveyed mobile users admitted to automatically connecting to any WiFi connection available on their devices and 76 percent connect to their company’s networks from their smartphones.

“Our study’s findings illustrate just how dangerous it can be if personal and corporate data are not properly erased when mobile users ditch their old smartphones for new ones this holiday season,” said Richard Stiennon, Chief Strategy Officer of Blancco Technology Group. “This is especially true for organizations that allow BYOD (bring your own device) within the workplace, as it could leave confidential and oftentimes compromising information at risk of being leaked.”

Data privacy fears don’t halt holiday shoppers’ plans to trade in and resell old phones. 32 percent of mobile users would trade in their old phones to their mobile carriers/network operators and device manufacturers. Another 23 percent would sell their old phones either to ecommerce sites, such as Amazon, eBay, Gazelle and Craigslist, or to brick-and-mortar retailers.

Customer records, patent filings and system login credentials top the list of corporate data loss fears. The respondents reported being most fearful these types of corporate data will be lost or stolen after reselling or trading in their old devices this holiday season. 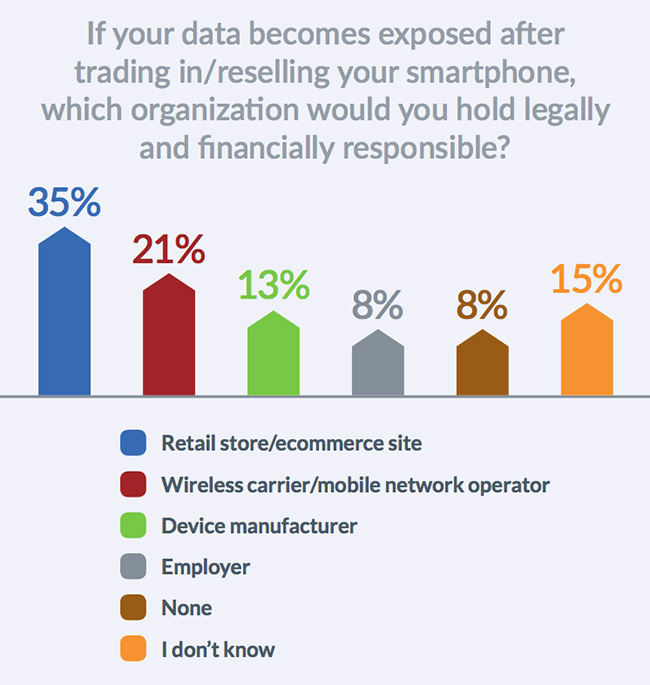 Stiennon concluded, “Our study’s findings don’t have to be a data privacy death sentence for mobile users and their employers. Instead, it’s a golden opportunity for employers to become collaborative partners and allies with their BYOD-inclined employees. Rather than limit employees’ mobile device usage and data storing habits, organizations will be better served if they help them understand the different security threats that exist, how those threats can be amplified in certain scenarios and how specific ways of using their mobile devices can benefit both employees and the organizations that employ them.”