Iovation released new data that shows card-not-present fraud increased significantly from Black Friday to Cyber Monday 2016 when compared to the same period in past years. 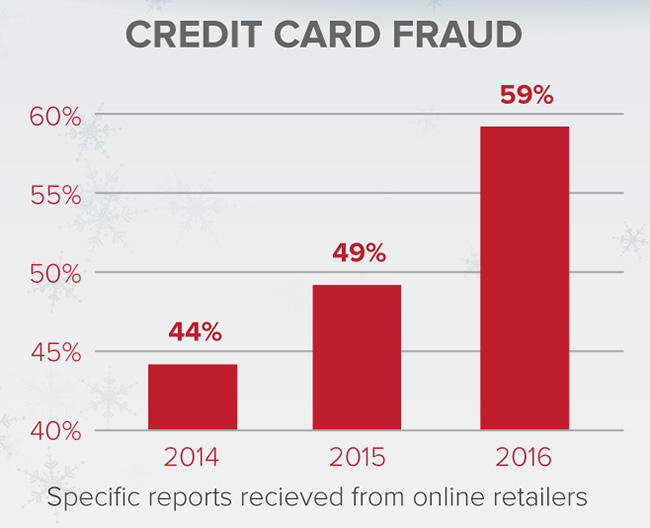 The percent of all online retail fraudulent transactions in 2014, 2015 and 2016 that involved credit card fraud:

The percent of online retail transactions from Black Friday to Cyber Monday that were fraudulent:

Researchers attribute the rise in online credit card fraud to the recent shift from consumers using traditional credit and debit cards with magnetic strips to EMV (Europay, MasterCard, and Visa) chipped cards. While the new chip cards have proven to do a great job of stopping card-present fraud, it is now clear that fraudsters are turning online.

“The shift from in-person card fraud to card-not-present fraud shows that cybercriminals are quick to shift the focus of their scams,” said iovation CTO Scott Waddell. “Much like EMV became a major weapon for in-person merchants, new authentication approaches will be the antidote to curb this new trend.”

Consumers conducted 55 percent of their retail online transactions from this Black Friday to Cyber Monday using mobile phones and tablets compared to 49 percent the rest of 2016. This continues an ongoing mobile retail transaction increase over the holidays and year-to-year. 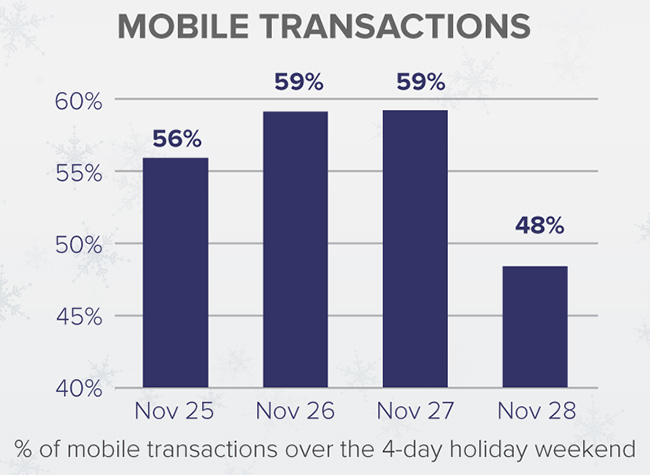 “The mobile drop-off on Cyber Monday highlights the extent to which showrooming among consumers is increasingly popular,” said Julie Conroy, research director at Aite Group. “More and more consumers are combining m-commerce with their brick-and-mortar shopping trips in an effort to get the best price. On Cyber Monday, once consumers are back at work, buying patterns revert to the computer, whose larger size still provides a more user-friendly shopping experience.”