In mid-2016, Intel Security commissioned a primary research study to gain a deeper understanding of the ways in which enterprises use SOCs, how they have changed over time, and what they will look like in the future. 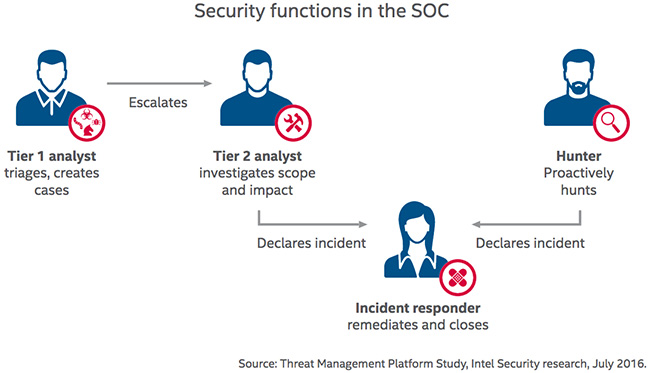 Interviews with nearly 400 security practitioners across several countries, industries and company sizes yielded valuable information on the state of the SOC in 2016:

Alert overload. On average, organizations are unable to sufficiently investigate 25 percent of their security alerts, with no significant variation by country or company size.

Triage trouble. While most respondents acknowledged being overwhelmed by security alerts, as many as 93 percent are unable to triage all potential threats.

Incidents on the rise. Whether from an increase in attacks or better monitoring capabilities, 67 percent of respondents reported an increase in security incidents.

Cause of the rise. Of the respondents reporting an increase in incidents, 57 percent report they are being attacked more often, while 73 percent believe they are able to better spot attacks.

Threat signals. The most common threat detection signals for a majority of organizations (64 percent) come from traditional security control points, such as antimalware, firewall and intrusion prevention systems.

Proactive vs. reactive. The majority of respondents claim to be progressing toward the goal of a proactive and optimized security operation, but 26 percent still operate in reactive mode, with ad hoc approaches to security operations, threat hunting and incident response.

Adversaries. More than two-thirds (68 percent) of investigations in 2015 involved a specific entity, either as a targeted external attack or an insider threat. 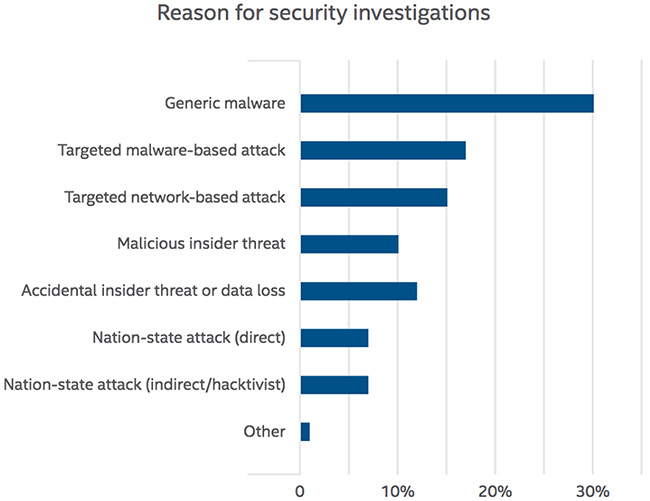 Survey respondents said that the highest priority for the growth and investment of SOCs is to improve the ability to respond to confirmed attacks, which includes the ability to coordinate, remediate, eradicate, learn and prevent reoccurrences.

“One of the harder problems in the security industry is identifying the malicious actions of code that was designed to behave like legitimate software, with low false positives,” said Vincent Weafer, vice president of Intel Security’s McAfee Labs. “The more authentic a piece of code appears, the more likely it is to be overlooked. Just as 2016 saw more ransomware become sandbox-aware, the need to conceal malicious activity is driving a trend toward ‘Trojanizing’ legitimate applications. Such developments place an ever greater workload on an organization’s SOC – where success requires an ability to quickly detect, hunt down, and eradicate attacks in progress.”