US consular officials have been provided with a new questionnaire that they can give selected visa applicants to complete. Among other things, Form DS-5535 requires applicants to share all social media handles and email addresses they used in the last five years. 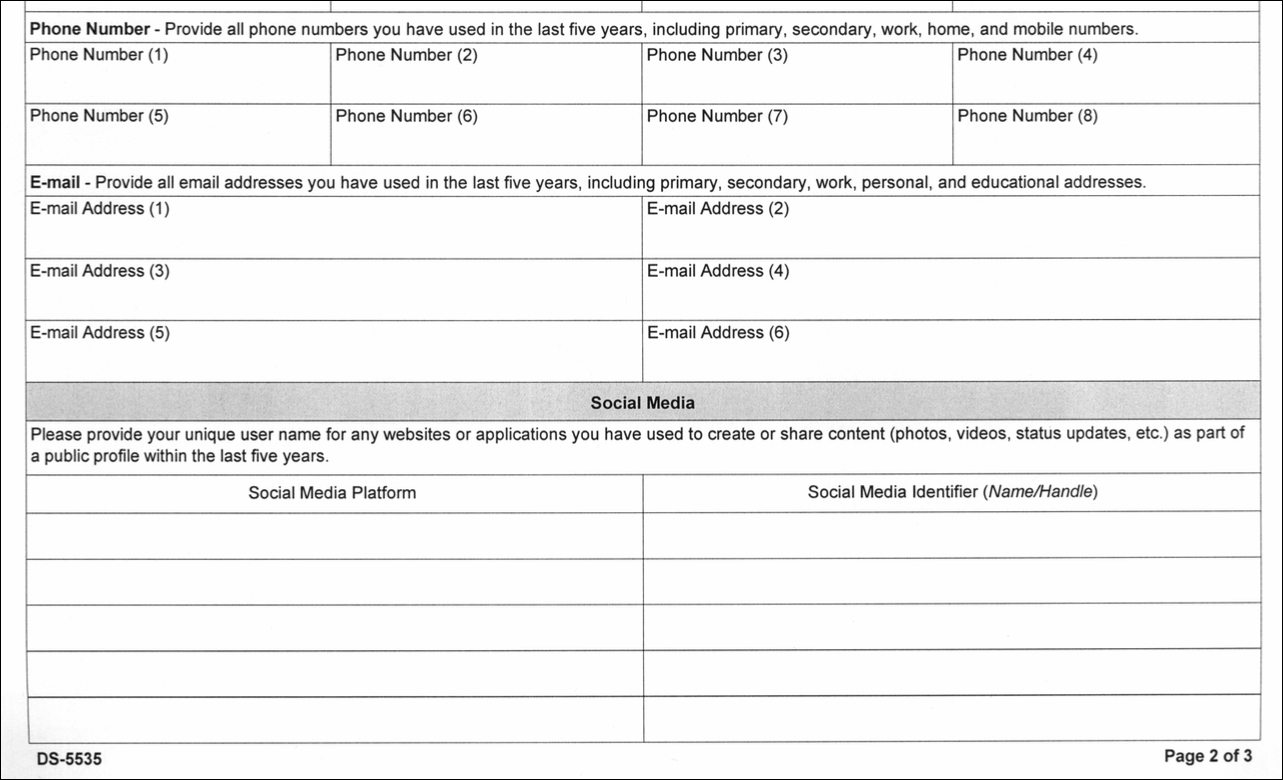 The request for approval of the form was submitted by the US Department of State in early May, and use of the questionnaire was approved on May 23 by the Office of Management and Budget (OMB). According to Reuters, the approval has been granted for the questionnaire to be used for the next six months.

It is expected to be given to “immigrant and nonimmigrant visa applicants who have been determined to warrant additional scrutiny in connection with terrorism or other national security-related visa ineligibilities.” It is estimated that 65,000 respondents per year will be handed the form.

Other information required to be submitted in the form includes travel, address, employment history during the last fifteen years, names and date of births of siblings, children, current and former partners and spouses, and numbers and country of issuance of all passports held by the applicant.

“Consular officers will not request user passwords and will not attempt to subvert any privacy controls the applicants may have implemented on social media platforms.”

As the decision of who’ll be asked to fill out this particular form rests with consular officials, this move is believed to be a back-door way for the current U.S. administration to implement the so-called “Muslim travel ban” that has been temporarily blocked by U.S. federal courts.