Over one-third of all security incidents start with phishing emails or malicious attachments sent to company employees, according to F-Secure. 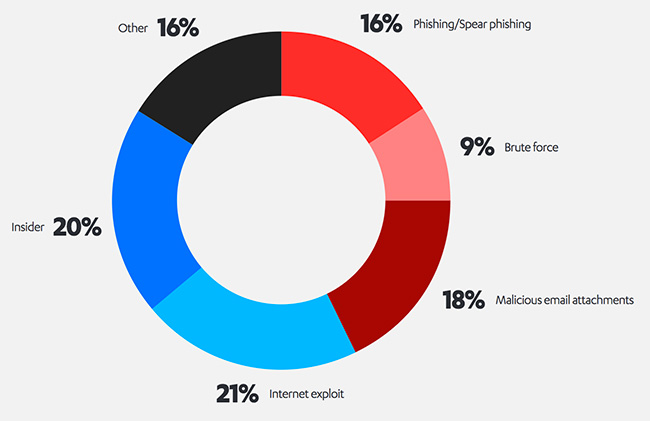 The single most common source of breaches analyzed in the report was attackers exploiting vulnerabilities in an organization’s Internet facing services, which accounted for about 21 percent of security incidents investigated by F-Secure’s incident responders.

Phishing and emails with malicious attachments together accounted for about 34 percent of breaches, which F-Secure Principal Security Consultant Tom Van de Wiele says make attacks arriving via email a much bigger pain point for organizations.

“Exploiting software vulnerabilities in drive-by scenarios is typical in opportunistic attacks, but breaching companies via email is actually far more common. There’s a lot of different ways different attackers can use email, and these attacks are popular because almost every company relies on email for communication,” Van de Wiele said. “People need to think before they click on attachments and links, but the pressures of many jobs overrides this logic, which attackers understand and exploit.”

Other significant findings in the report include: 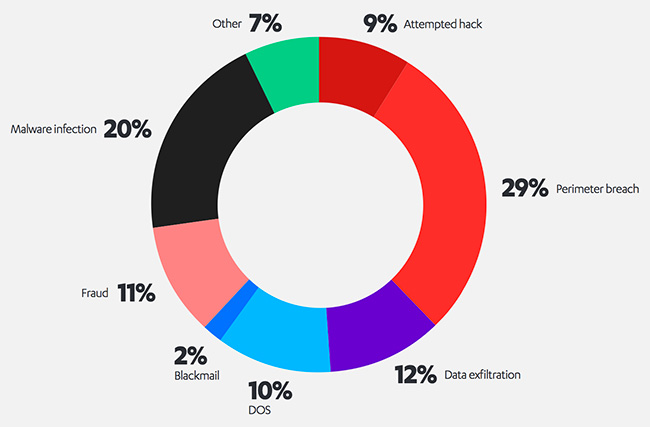 According to Van de Wiele, the number of false alarms reported as security incidents is surprising, and shows that too many organizations struggle with accurately detecting cyber attacks. “We’re often called in to investigate ‘suspicious activity,’ which tells me that a lot of organizations don’t have accurate incident detection capabilities. Sometimes we’ll even investigate and discover an IT problem rather than an attack, which drains resources and distracts everyone from dealing with the real issue.”