Many entities face the same types of security incidents – some are viewed as handling the incident well, and for some it’s a disruptive and costly lesson. The ones that fare better have prepared for an incident and use lessons-learned from prior incidents.

Recognizing that entities need a source of reliable information on what actually happens during an incident, the BakerHostetler Privacy and Data Protection team published the 2018 edition of its Data Security Incident Response Report, which contains statistics and insights based on more than 560 data security incidents managed by the firm in 2017.

The report emphasizes that entities need to be compromise ready by setting up defenses to lessen the number of incidents and having systems in place to respond – being cyber resilient – in order to reduce the risk of attacks and lessen their severity when they do occur.

“The stakes are higher than ever, but some entities still are not executing on the basics. Many have made great strides in their cybersecurity planning, but as threats evolve and entities change, they must also keep their security protocols current. It takes an ‘all-in’ approach from boards to senior management to entry level employees for best-in-class breach prevention and response planning,” Kobus noted.

The report shows that phishing remained the leading cause of incidents at 34 percent, followed by network intrusions at 19 percent, inadvertent disclosure (such as an employee mistake) at 17 percent and stolen or lost devices/records at 11 percent. A new category this year is system misconfiguration, which reflects instances where unauthorized individuals gain access to data stored in the cloud because permissions were set to “public” instead of “private,” and was responsible for six percent of incidents.

“Contrary to what some might expect, cloud security issues are not occurring because the cloud service providers are being compromised, but rather because of how the entity itself or its service provider configured access to the cloud instance,” added Kobus.

Entities also need to be aware that regulators have become aggressive in investigating breaches, with upticks in not only the number of inquiries by regulators (i.e. 64 by state attorneys general and 43 non-AG investigations in 2017 compared to 37 state AGs and 29 non-AG investigations in 2016), but also in the speed by which they are being made. And when the General Data Protection Regulation (GDPR) and its quick notification and onerous financial consequences for non-compliance become effective on May 25, 2018 for entities established in the EU, the regulatory landscape will be even more challenging.

of the most important features of the report is the incident response timeline, which identifies the four key time frames of the incident response lifecycle – detection, containment, analysis, and notification. This timeline gives entities context for understanding the timing of when they will have reliable information to facilitate communication about the incident. 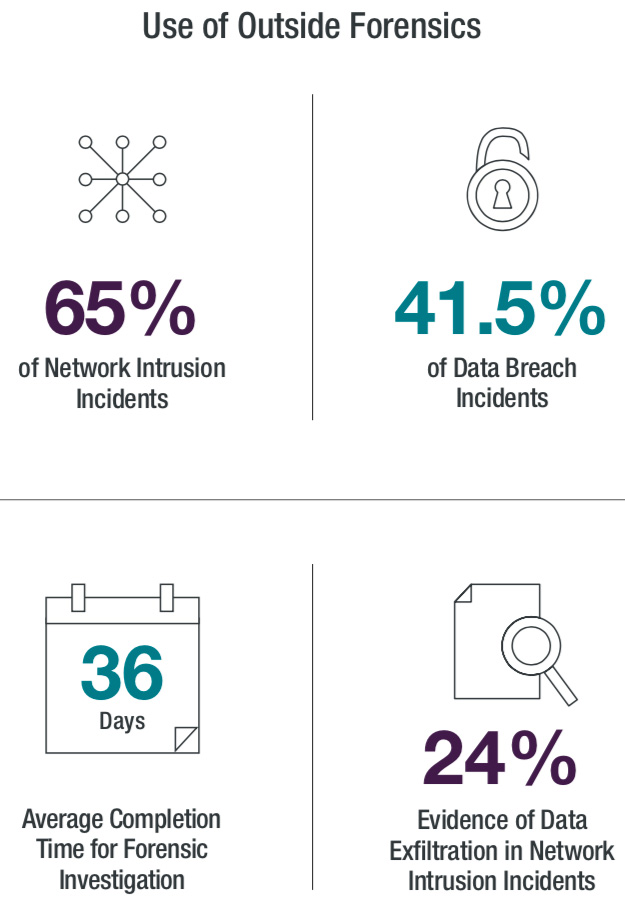 Other interesting trends/numbers from this year’s analysis include: