Tim Berners-Lee, the inventor of the World Wide Web, has not been hiding his disappointment with the direction in which his invention was taken.

“The web has evolved into an engine of inequity and division; swayed by powerful forces who use it for their own agendas,” he noted in a recently published post, in which he announced Solid, a new open source project that he hopes will fix what’s currently wrong with the web. 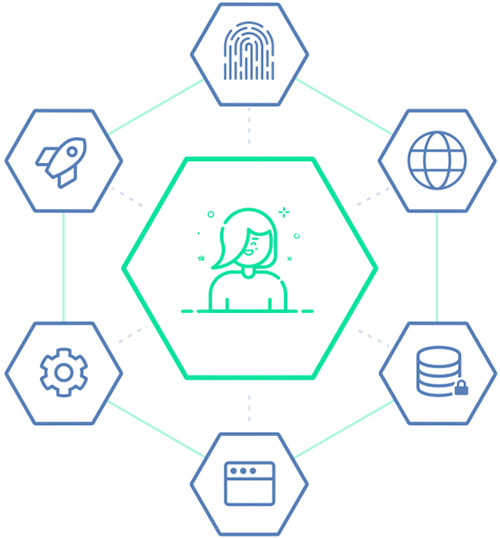 Solid is a platform that’s built using the existing web (it relies on existing W3C standards and protocols), as well as a proposed set of conventions and tools for building decentralized social applications based on Linked Data principles.

The name of the project is derived from “social linked data”.

The idea is for each users to store their data in a Solid pod, which has been described as a “secure USB stick for the Web” that can be accessed from anywhere. Solid connects resources in different pods by representing all data as Linked Data (i.e., each piece of it gets a HTTP URL on the Web and is referred to via it.)

The Solid pods are hosted on Solid-enabled Web servers, which can be run by the user at home (or workplace) or by a online Solid pod provider (there are currently two).

“Solid changes the current model where users have to hand over personal data to digital giants in exchange for perceived value. Solid is how we evolve the web in order to restore balance — by giving every one of us complete control over data, personal or not, in a revolutionary way,” Berners-Lee explained.

“It gives every user a choice about where data is stored, which specific people and groups can access select elements, and which apps you use. It allows you, your family and colleagues, to link and share data with anyone. It allows people to look at the same data with different apps at the same time.”

Berners-Lee believes that Solid will “empower individuals, developers and businesses with entirely new ways to conceive, build and find innovative, trusted and beneficial applications and services.”

“People want to have a web they can trust. People want apps that help them do what they want and need to do — without spying on them. Apps that don’t have an ulterior motive of distracting them with propositions to buy this or that. People will pay for this kind of quality and assurance,” he says.

In order to be able to spend more time and effort on getting things off the ground, he has taken a sabbatical from MIT, reduced his day-to-day involvement with the World Wide Web Consortium (of which he is the director) and founded a company called Inrupt (where he serves as CTO).

The company’s first priority will be to help with the creation of the Solid ecosystem and its ultimate goal is to make sure that Solid becomes widely adopted by developers, businesses, and individuals.

“Our hope and plan has been to engage developers, designers, and technology enthusiasts to help us shape what the experience will be. We want to enable you to build exciting, user-friendly apps at the same time that we are. Inrupt’s immediate focus is to help enrich the Developer Experience (DevX), and we believe that will naturally translate to awesome applications with great User Experience (UX).”