Three years after the switch to new chip-based credit and debit cards, a study by the National Retail Federation and Forrester says payment card fraud is still a top concern for large U.S. retailers as criminals move their activities online. 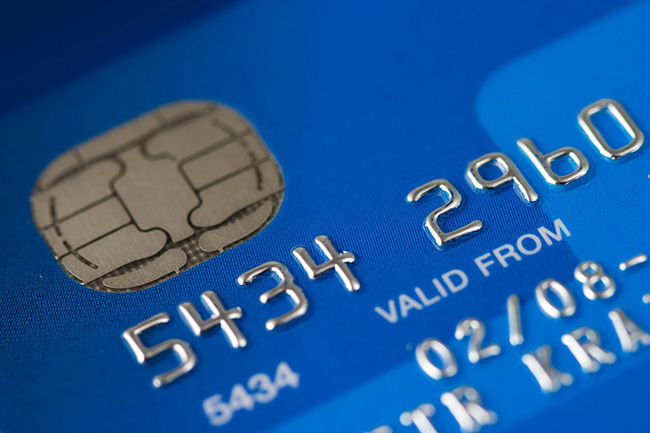 “The implementation of EMV chip cards and chip card readers was supposed to dramatically reduce credit and debit card fraud,” the State of Retail Payments report said. “So why is fraud still the top concern for merchants?”

The report found that fraud was the top payment-related challenge faced by retailers, cited by 55 percent of those surveyed. The reason is largely that Europay-MasterCard-Visa chip cards have moved payment card fraud away from stores and toward online transactions, the report said, citing a Forter study showing a 13 percent increase in online fraud last year. A Federal Reserve study said online fraud rose from $3.4 billion in 2015 – the first year retailers were required to accept chip cards or face an increase in fraud liability – to $4.6 billion in 2016 and was an “increasing concern.”

“In a post-EMV world, fraud is shifting from in-person to ecommerce channels, so retailers have been busy bolstering their defenses to mitigate the increasing costs and risks of ecommerce fraud,” the report said.

To help fight fraud, the report found that retailers want better authentication of purchases no matter where they take place and that 33 percent have implemented 3-D Secure, a system marketed as Verified by Visa or MasterCard SecureCode that is intended to help authenticate online purchases.

For in-person purchases, 51 percent of merchants said biometrics would be the best way to verify transactions, and 53 percent expressed interest in implementing forms such as the fingerprint and facial recognition available on smartphones. But with that technology limited to phones rather than cards, 46 percent said personal identification numbers would be the best currently available way to approve card transactions.

For purchases made with cards, 95 percent of retailers said requiring PINs would improve security and 92 percent would implement it if it were available. While EMV cards in other countries are chip-and-PIN, virtually all EMV credit cards issued by U.S. banks have been chip-and-signature with PIN available only on debit cards. And the major credit card companies stopped requiring a signature last year.

“The chip in an EMV card makes it very difficult to counterfeit the card, but it does nothing to show whether the person trying to use the card is the legitimate cardholder,” NRF Senior Vice President and General Counsel Stephanie Martz said. “If we want to stop card fraud, we need a better way of authenticating users and it should be one that’s affordable, easy and safe. Someday the answer might be biometrics or technology that has yet to be invented but, in the meantime, we know PIN can stop criminals dead in their tracks. With no signatures, no PIN and no biometrics, what we have right now is no authentication at all.”

NRF has long argued that PIN is important because the chip in EMV cards only prevents the use of counterfeit cards while not stopping lost or stolen cards, and a PIN can also provide a backup for cases where the chip malfunctions or is tampered with.

In addition to the focus on cards, retailers have also been installing technology to fight data breaches and thereby keep criminals from stealing card data that can then be used to commit fraud. The report found 89 percent expect to have tokenization in place by the end of next year, and that 80 percent plan to do the same with point-to-point encryption.

The second-biggest concern was the cost of accepting payment cards, including the swipe fees banks charge to process transactions, cited by 45 percent. While the survey found 49 percent of retailers have taken advantage of routing options required as part of a cap on debit card swipe fees passed by Congress in 2010, rising swipe fees for credit cards remain the subject of litigation between retailers and the card industry. Chargebacks of disputed purchases, which increased after implementation of EMV for some retailers, were the third-biggest concern, cited by 35 percent.

“Eliminating fraud and improving authentication are clearly top priorities for retailers,” Brendan Miller, principal analyst at Forrester, said. “As the answers to these challenges are found, the key will be finding ways to implement the solutions in a way that provides a frictionless experience for consumers.”