More than half (55%) of PC applications installed worldwide are out-of-date, making PC users and their personal data vulnerable to security risks. 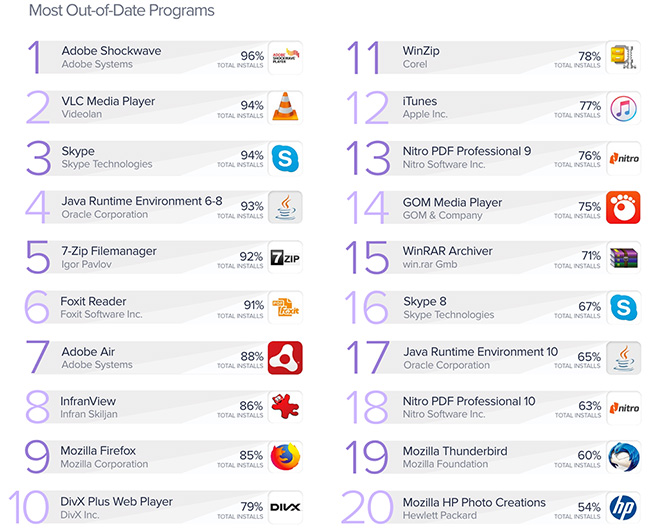 Avast’s PC Trends Report 2019 found that users are making themselves vulnerable by not implementing security patches and keeping outdated versions of popular applications on their PCs. The applications where updates are most frequently neglected include Adobe Shockwave (96%), VLC Media Player (94%) and Skype (94%).

The report, which uses anonymized and aggregated data from 163 million devices across the globe, also found that Windows 10 is now installed on 40% of all PCs globally, which is fast approaching the 43% share held by Windows 7.

However, 15% of all Windows 7 users and 9% of all Windows 10 users worldwide are running older and no longer supported versions of their product, for example, the Windows 7 Release to Manufacturing version from 2009 or the Windows 10 Spring Creators Update from early 2017. Running out-of-date operating systems puts them at risk from vulnerabilities and other significant security issues.

“Most of us replace our smartphone regularly, but the same cannot be said for our PCs. With the average age of a PC now reaching six years old, we need to be doing more to ensure our devices are not putting us at unnecessary risk,” said Ondrej Vlcek, President, Avast. “With the right amount of care, such as cleaning our hardware’s insides using cleaners, optimization and security products, PCs will be safe and reliable for even longer.”

More people than ever are opting for laptops, tablets, and 2-in-1 PCs running Windows. Although desktops are in no way obsolete, 67% of users are choosing laptops and tablets, letting them work, browse and stream on-the-go and this trend is likely to continue into 2019. This shift to mobile PCs is also reflected in the most installed applications. Google Chrome jumped to the top of the list in 2018, increasing its share of installs from 79% to 91% in the last 12 months. 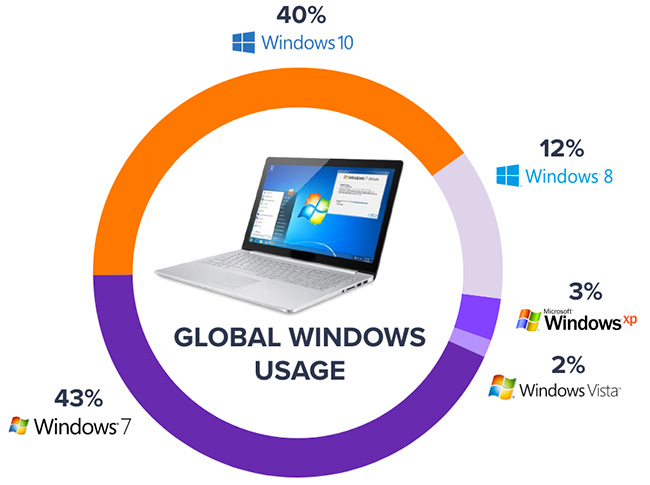 Adobe Acrobat Reader (60%) came in as the second most popular, followed by WinRAR (48%), Microsoft Office (45%), and Mozilla Firefox (42%). Although the fourth most used application worldwide is Microsoft Office, this is also one of the most out-of-date apps. Globally, 15% of users still have the Enterprise 2007 version installed, even though Microsoft no longer issues security patches or bugs fixes for that product.