With one year to go until Microsoft ends support for its ten-year-old operating system Windows 7, as many as 43% of enterprises are still running the outdated platform. 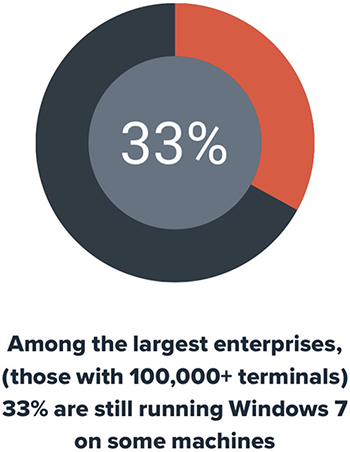 Kollective’s research found that nearly a fifth (17%) of IT departments don’t know when the end of support deadline is, while 6% are aware of the end of support but are yet to start planning for their migration away from Windows 7.

Those that remain on Windows 7 past January 14, 2020 will either have to pay Microsoft significant sums for extended support or will leave their systems open to cyberattack. In the case of those largest enterprises, with 10,000 or more terminals, the fee to Microsoft could be in excess of $1.4m a year.

Perhaps most worrying of all, 16% of IT professionals admit to still running Windows XP and Windows Vista on some of their machines – despite support for these operating systems having ended more than three years ago.

“With only a year to go, these findings should be a major cause for concern among the business community. When it came to migrating away from Windows XP it took some large enterprises as long as three years to transfer their entire systems to the new operating system, now, many firms will have to make the transition in less than 12 months. Those that fail to do so will have to pay for extended support, with the largest organizations paying more than a million dollars a year in order to remain on Windows 7,” said Dan Vetras, CEO of Kollective. 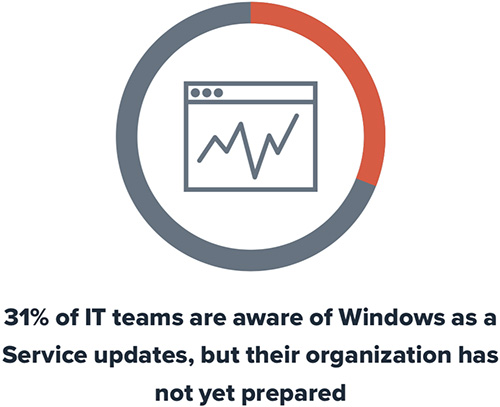 “Most worrying of all is that this migration is just the first step. Once businesses are on Windows 10, they will need to continuously update their systems as part of Microsoft’s new ‘Windows as a Service’ model. This means distributing increasingly frequent updates across their systems – something many IT departments will find impossible due to outdated infrastructure.”

The Kollective report argues that, by running a software-defined content delivery network (SD ECDN) over their existing infrastructure, businesses can dramatically speed up their networks without having to rip out and replace existing hardware. This can massively increase the speed, reach and quantity of updates, helping to future proof businesses for Windows 10 and future ‘as a Service’ operating systems.