There has been a massive 430% surge in next generation cyber attacks aimed at actively infiltrating open source software supply chains, Sonatype has found. 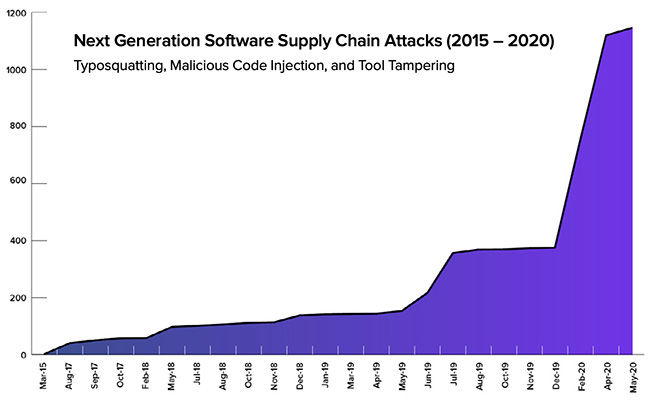 The difference between “next generation” and “legacy” software supply chain attacks is simple but important: next generation attacks like ​Octopus Scanner​ and ​electron-native-notify​ are strategic and involve bad actors intentionally targeting and surreptitiously compromising “upstream” open source projects so they can subsequently exploit vulnerabilities when they inevitably flow “downstream” into the wild.

Conversely, legacy software supply chain attacks like ​Equifax​ are tactical and involve bad actors waiting for new zero day vulnerabilities to be publicly disclosed and then racing to take advantage in the wild before others can remediate.

“Our research shows that commercial engineering teams are getting faster in their ability to respond to new zero day vulnerabilities. Therefore, it should come as no surprise that next generation supply chain attacks have increased 430% as adversaries are shifting their activities ‘upstream’ where they can infect a single open source component that has the potential to be distributed ‘downstream” where it can be strategically and covertly exploited.”

According to the report, enterprise software development teams differ in their response times to vulnerabilities in open source software components:

The researchers discovered that not all organizations prioritize improved risk management practices at the expense of developer productivity. This year’s report reveals that high performing development teams are ​26x faster at detecting and remediating open source vulnerabilities,​ and ​deploy changes to code 15x more frequently​ than their peers. 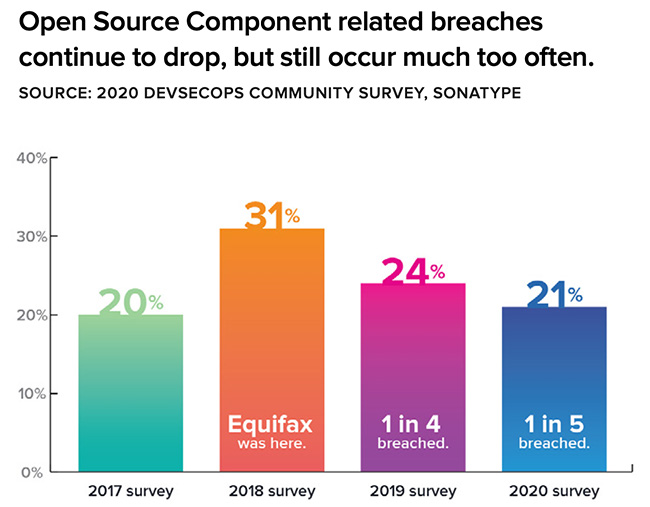 “We found that high performers are able to simultaneously achieve security and productivity objectives,” said Gene Kim, DevOps researcher and author of The Unicorn Project. “It’s fantastic to gain a better understanding of the principles and practices of how this is achieved, as well as their measurable outcomes.”

“It was really exciting to find so much evidence that this much-discussed tradeoff between security and productivity is really a false dichotomy. With the right culture, workflow, and tools development teams can achieve great security and compliance outcomes together with class-leading productivity,” said Dr. Stephen Magill, Principal Scientist at Galois & CEO of MuseDev.