Many of the trends in open source use that have presented risk management challenges to organizations in previous years persist today. However, new data also suggest that an inflection point has been reached, with many organizations improving their ability to manage open source risk, possibly due to heightened awareness and the maturation of commercial software composition analysis solutions. 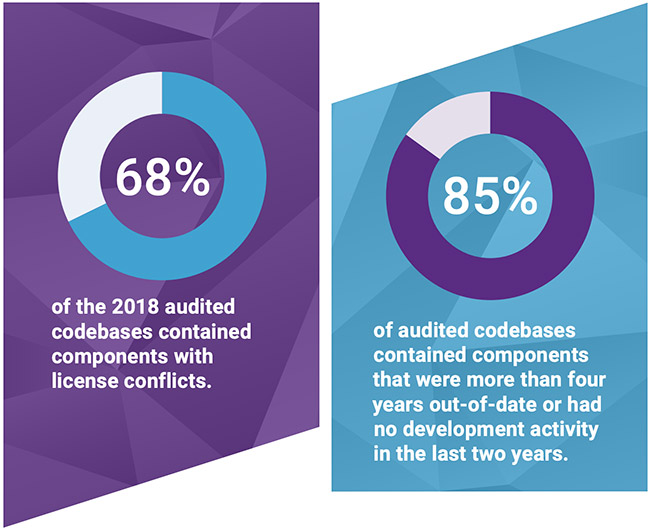 The 2019 Open Source Security and Risk Analysis (OSSRA) report, produced by the Synopsys Cybersecurity Research Center (CyRC), examines the results of more than 1,200 audits of commercial applications and libraries, performed by the Black Duck Audit Services team. The report highlights trends and patterns in open source use, as well as the prevalence of both insecure open source components and license conflicts.

“Open source plays an increasingly vital role in modern software development and deployment, but to realize its value organizations need to understand and manage how it impacts their risk posture from a security and license compliance perspective,” said Tim Mackey, principal security strategist of the Synopsys Cybersecurity Research Center.

“The 2019 OSSRA report provides a glimpse into the state of open source risk management within commercial applications. It shows that there are still significant challenges, with the majority of applications containing open source security vulnerabilities and license conflicts. But it also highlights that these challenges can be addressed, as the number open source vulnerabilities and license conflicts have declined from the previous year.”

The report notes that the use of open source software is not a problem in and of itself, and is, in fact, essential to software innovation. But failing to proactively identify and manage any security and license risks associated with the usage of open source components can be very damaging. 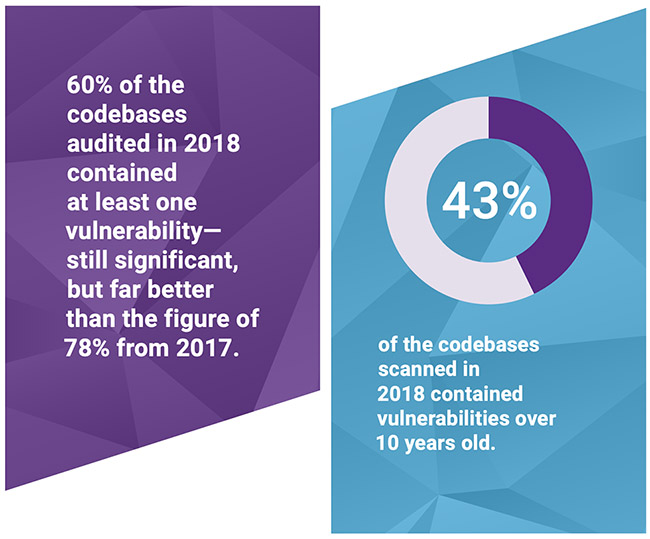 Despite the risk factors identified, the 2019 OSSRA data suggests that, in the wake of the Equifax breach, an increase in awareness of open source risk and the maturation of commercial software composition analysis solutions has led to forward progress: