TeamTNT’s “calling card” appears when the worm first runs on the target installation: 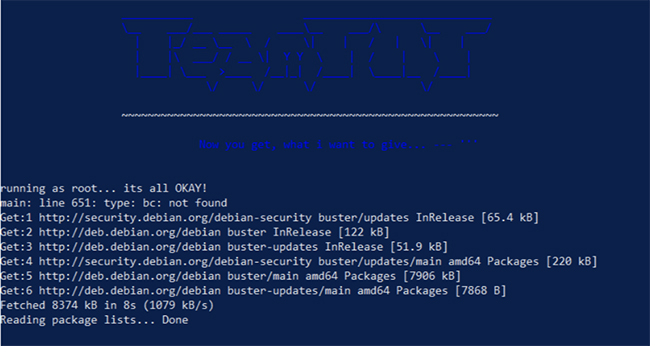 First spotted by MalwareHunterTeam and Trend Micro researchers in May 2020, the original worm would:

The latest iteration has been equipped with new capabilities, Cado Security researchers found.

The worm still scans for open Docker APIs, then spins up Docker images and install itself in a new container, but it now also searches for exploitable Kubernetes systems and files containing AWS credentials and configuration details – just in case the compromised systems run on the AWS infrastructure.

The code to steal these files is relatively straightforward, the researchers note, and they expect other worms to copy this new ability soon.

But are the attackers using the stolen credentials or are they selling them? The researchers tried to find out by sending “canary” AWS keys to TeamTNT’s servers, but they haven’t been used yet.

“This indicates that TeamTNT either manually assess and use the credentials, or any automation they may have created isn’t currently functioning,” they concluded.

Nevertheless, they urge businesses to: