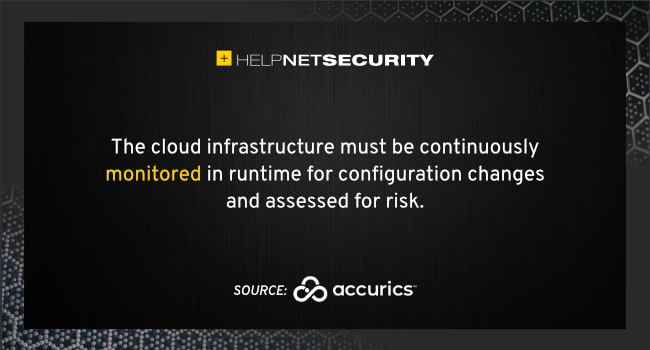 As demonstrated by a recent high-profile hack, attackers increasingly strive to leverage weaknesses that enable them to deliver malware to end users, gain unauthorized access to production environments or their data, or completely compromise a target environment. This strategy is known as a watering hole attack, and researchers have seen them emerge in cloud environments where they can cause even more damage.

This is partly because development processes in the cloud that leverage managed services are not hidden inside the organization as they are in on-premise environments – in fact, they’re largely exposed to the world.

When criminals are able to exploit misconfigurations in development pipelines, it can spell disaster not only for the company but also its customers. To address this risk, enterprises should assume the entire development process is easily accessible, and restrict access to only the users who need it.

“Cloud native apps and services are more vital than ever before, and any risk in the infrastructure has critical implications,” said Accurics CTO & CISO Om Moolchandani.

“Our research indicates that teams are rapidly adopting managed services, which certainly increase productivity and maintain development velocity. However, these teams unfortunately aren’t keeping up with the associated risks – we see a reliance on using default security profiles and configurations, along with excessive permissions.

“Messaging services and FaaS are also entering a perilous phase of adoption, just as storage buckets experienced a few years ago. If history is any guide, we’ll start seeing more breaches through insecure configurations around these services.” 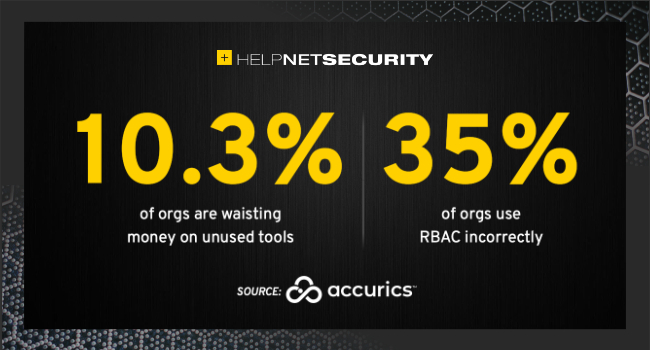 MTTR for violations is 25 days across all environments

On average, the research reveals that the mean time to remediate issues (MTTR) for violations is 25 days across all environments – a luxury for potential attackers. In this report, MTTR is particularly important as it pertains to drift – when configuration changes occur in runtime, causing cloud risk posture to drift from established secure baselines. For drifts from established secure infrastructure postures, the MTTR is 8 days overall.

Even organizations that establish a secure baseline when infrastructure is provisioned will experience drift over time, as happened in another well-publicized breach. While in this case the AWS S3 bucket was configured correctly at the time it was added to the environment in 2015, a configuration change made five months later to fix a problem was not properly reset once the work was complete. This drift went undetected and unaddressed until it was exploited nearly five years later. 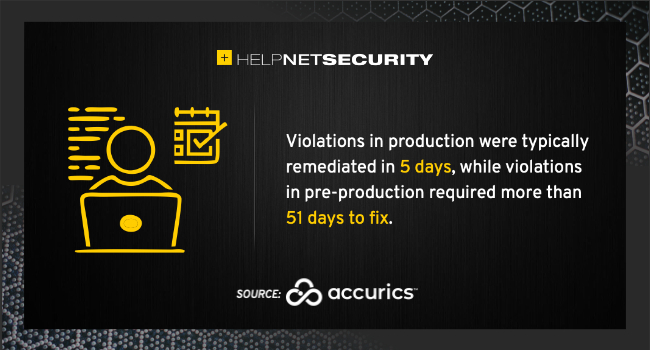 Protecting cloud infrastructure requires a fundamentally new approach that embeds security earlier in the development lifecycle and maintains a secure posture throughout. The cloud infrastructure must be continuously monitored in runtime for configuration changes and assessed for risk.

In situations where configuration change introduces a risk, the cloud infrastructure must be redeployed based on the secure baseline; this will ensure that any risky changes made accidentally or maliciously are automatically overwritten.

With new attacks emerging and ongoing risks continuing to plague organizations, cloud cyber resilience is now more important than ever, and configuration hygiene is critical.