Datto announced the release of the fifth annual Global State of the MSP Report. Based on an independent survey of more than 1,800 MSPs worldwide, the report reflects how MSPs are evolving as their small and medium business (SMB) clients fully transition to the cloud and prioritize cyber resilience. 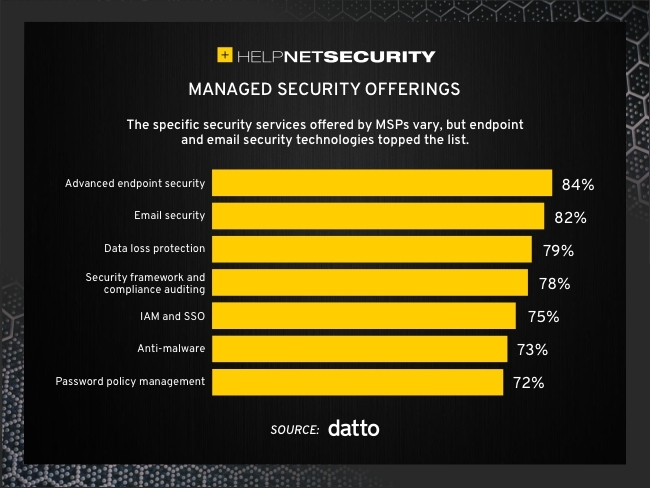 According to the report, 93% of MSPs expect their clients to have at least half of their workloads in the cloud in the next three years. This furthers the cloud migration trend from last year’s survey, when MSPs were optimistic about growth opportunities surrounding the cloud.

The report also highlights the critical importance of cybersecurity to today’s MSP, with 99% of respondents offering managed security services, a significant increase from the previous year’s survey. Both data points signal the emergence of the next generation of MSPs that prioritize a scalable and resilient IT stack.

“The global pandemic forced businesses to rethink operations and explore new avenues for managed services. Over the last year and a half, MSPs were the unsung heroes for SMBs, enabling them to run their business while the MSPs themselves faced many of the same challenges of remote/hybrid work and economic uncertainty. This accelerated MSP and SMB digital transformation,” said Rob Rae, SVP Business Development, Datto. “According to the State of the MSP Report, MSPs are focused on cloud migration, increased collaboration, and investment in security solutions. With this new mindset, MSPs can support SMBs for the transformation to come.”

With IT more important than ever for SMBs, MSPs are essential to business operations. This increased reliance and subsequent growth has also introduced new challenges. The most commonly reported challenge for MSPs was competition (34%), followed by revenue growth (27%), profitability (24%), and acquiring new customers (23%). This is the first time in the report’s history that competition topped the list of MSP challenges, highlighting the maturing of the market and increasing need for MSPs to offer differentiated and relevant solutions.

Despite these challenges, MSPs also had to navigate the COVID-19 pandemic. When looking specifically at the impact of COVID on MSPs:

Nearly all survey respondents claimed that clients had shifted workloads to SaaS applications and the public or private cloud.

Nearly all MSPs (93%) expect this growth to continue over the next three years, positioning them to lead the shift to the cloud for SMBs.

Given the steady increase in ransomware and cyber attacks over the past few years, SMBs need security expertise now more than ever. Still, hiring in-house security specialists is outside the budget of many SMBs.