With ecommerce revenues higher than ever and estimated to reach $4.89 million in 2021 (per eMarketer), cart abandonment continues to be a major pain point for the industry and adjacent sectors, including payment processors and digital wallets. A closer look at the landscape suggests that an average of 69.8% online shopping baskets are never checked out by shoppers, according to consolidated data. 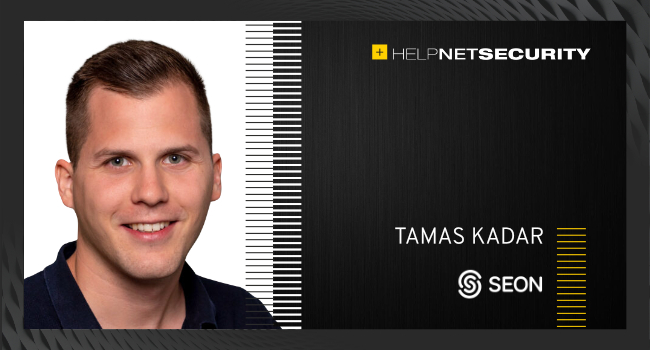 Naturally, there will be several reasons for this, including the ease of adding items to a cart, shipping charges, and the simple fact that one is not expected to buy everything they add to an online shopping basket. However, one major driving factor for cart abandonment continues to be friction, which often stems from rigid anti-fraud measures utilized to halt attempts at carding and other types of fraud, and to minimize cashback requests.

Partly driving this trend is new legislation such as PSD2, the EU directive that mandates stronger fraud prevention checks to complete payments (along with enabling open banking and payment initiation services). Coming into full effect on 14 September 2019, the anti-fraud aspect of PSD2 is essentially equivalent to hitting every new shopper with a hardcore 3DS2 check, requiring more than one point of authentication from shoppers in a fashion similar to multi-factor authentication practices.

What is now the established approach to deterring fraudsters at checkout relies on biometrics to verify users, including selfies combined with scans of ID documents, as well as voice, fingerprints and other data elements. For instance, we have seen such measures adopted by popular players in the fintech landscape, such as Revolut and the recently rebranded Wise (formerly TransferWise).

While, according to Visa, consumers have taken well to biometrics, with 61% finding them easier and 70% finding them faster than passwords in the context of payments and banking, their applications vary considerably, from a quick scan to time-consuming multi-layered requests that might even require the shopper to switch devices. Plus, they are very often compared favorably to remembering passwords and generating 2FA codes. Herein lies the risk for organizations who adopt them, and those whose check-out flows might involve them: friction.

One solution to the friction conundrum that has been introduced in recent years comes in the form of social media background checks. The shopper’s email address and/or mobile number is used to track their digital footprint, working behind the scenes to source information from open, public profiles across the internet, gathered via email lookup tools which come in different formats. This information can then be used to calculate and assign a risk profile to each shopper, triggering different processes per transaction depending on the company’s risk tolerance – from hard or soft KYC (Know Your Customer) checks to manual review or transaction blocking.

Email lookup is a method to source information that helps manage risks by checking for certain basic, yet useful data points. These include whether a user appears elsewhere online, how often and where. Are they registered on Facebook or LinkedIn? Who is their email provider? When did their email address first appear online? Have they fallen victim to any historical data breaches? And so forth. In isolation, this information may appear trivial but combined and considered along with historical data, it points to specific patterns and levels of risk posed by the user to the payment processor and the merchant.

As a simple case in point, an email address that was created very recently and is not associated with any social media profiles is more likely to be linked to attempted fraud, so the user’s private and payment information ought to be checked more carefully, including potentially asking them for pictures or biometric data.

In understanding the benefits of email lookup, key is the fact that it works behind the scenes and does not require any action or input from the shopper – apart from providing their email address, which they will have already done for other purposes. As a result, email lookup is unintrusive and practically frictionless. Publicly available information linked to an email address or mobile number will help assess whether a user is legitimate.

This process is also fundamentally more difficult to fool. Fraudsters are well-versed in falsifying official documents, as well as creating synthetic identities – a practice that is on the rise, especially so in the LATAM and APAC markets. However, they are unlikely to generate fake profiles spanning various websites for every set of credentials they steal or identity they fabricate, while certain data points are near-impossible to fabricate convincingly. This is both due to the technical difficulties in setting up such profiles as well as because it is seldom cost-effective for the scammer.

Email lookup technology is also scalable and customizable to serve the needs of different companies and sectors, from marketers to risk analysts. Social media lookup can be triggered manually or automatically to provide real-time data enrichment, assigning risk scores to individual users according to rulesets that can be amended to suit the circumstances and differ per attempted transaction, user locale and more. Advanced, holistic anti-fraud platforms work alongside and with social media background checks to source information that will affect assigned risk scores, fine-tune an organization’s responses, and achieve compliance to PSD2 requirements, triggering strong KYC when needed but making exceptions for trusted users.

Email lookup tools are also available as APIs as well as browser extensions, with the latter useful for the occasional manual one-off query to provide complementary information to risk analysts.

Merchants and shoppers are also stakeholders

From legal requirements to efforts to prevent fraud, payment processors and providers want – and ought – to use KYC protocols to safeguard their transactions. However, the extra steps introduced by PSD2 have been adopted by all credit card providers, including Mastercard’s Identity Check and VISA’s 3-D Secure authentication protocols. These may be mandated by law in certain locales, but still constitute additional friction points that can frustrate shoppers.

Of course, this is also of interest to merchants, whose choice of payment partners can make or break their revenue. Merchants bear the brunt of friction coming from payment verification on their own website – with consumers considering it the merchants’ responsibility or fault when friction occurs, even when it technically is not. Moreover, the public still expects merchants to provide multiple payment methods, so simply removing some is not prudent. Specifically, 56% of shoppers expect to see a variety of payment options at checkout.

The payment preference landscape varies per demographic, but digital and mobile wallets are certainly gaining ground. They are already the most favored payment method and are expected to increase from 44.5% in 2020 to 51.7% by 2024. In fact, some argue that this success is due to the relative lack of friction compared to traditional payment methods such as credit and debit cards.

Lastly, we also ought to highlight that buyers themselves are as invested in security, privacy and the fight against fraud as they are appreciative of a frictionless e-shopping journey. Concerns about payment security at check-out are cited among the key reasons buyers would abandon an online purchase and estimated to be the 4th most impactful reason that would lead to such a decision (although associated with lower probability) according to meta-analysis from October of 2021.

All things considered, the need to provide a variety of options at check-out combined with high security and protection against fraud is well recognized. Social media background checks using email lookup are an efficient solution to this issue.

Importantly, email lookup is not necessarily an alternative to biometrics but rather can be seen as enabling a smarter, more adaptable, and much more shopper-friendly anti-fraud strategy that works alongside the aforementioned and other tools, setting more rigid controls and checks in motion only when there is good reason to do so. Leveraging social media background checks can minimize friction and enable quicker check-out for legitimate customers, keeping them satisfied with their shopping and payment journey.