O’Reilly announced the findings of its annual platform analysis, which examines the top search terms and most-consumed content on the company’s learning platform. Interest in specific topics within cybersecurity grew significantly. 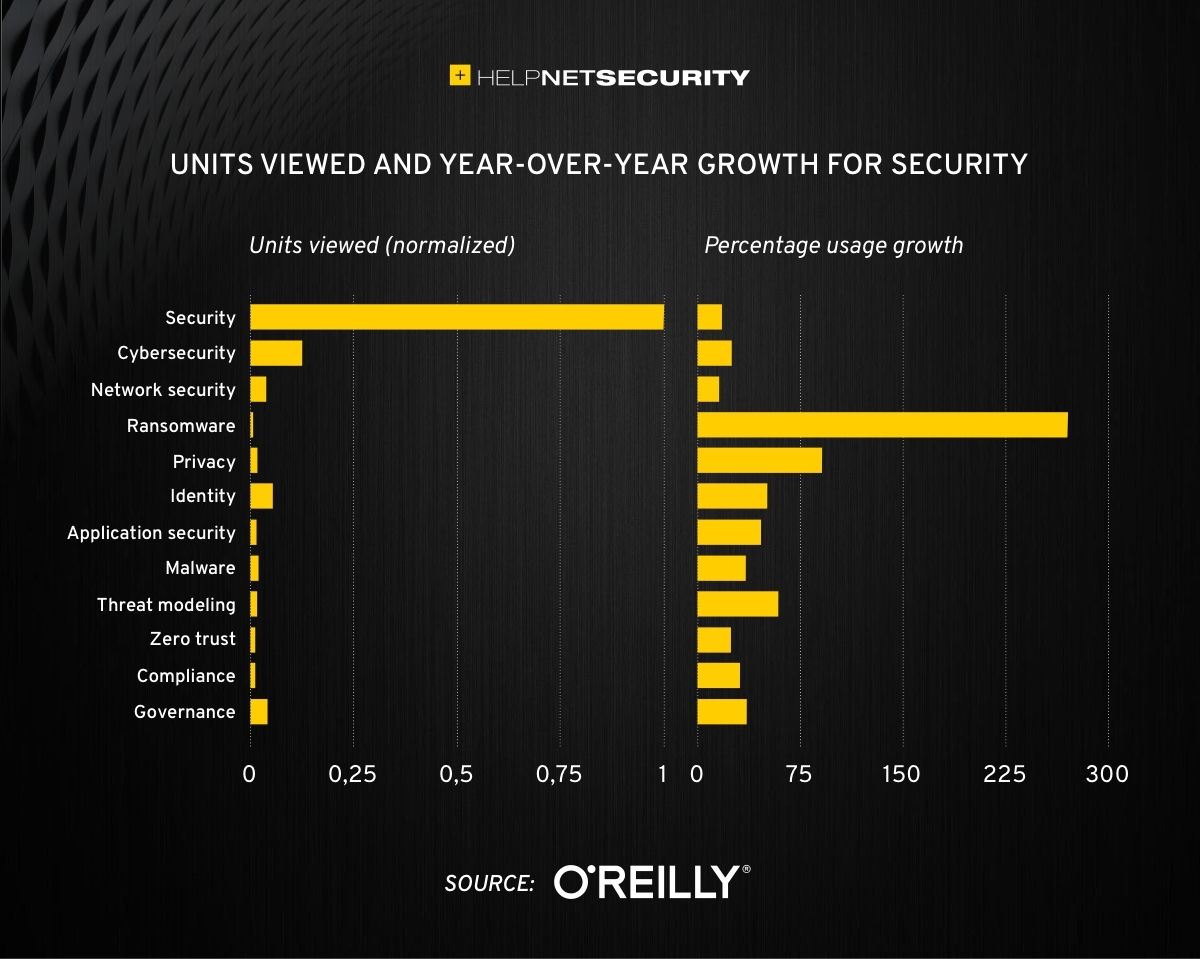 Content use about ransomware nearly tripled (a 270% increase). Other cybersecurity subjects realized substantial year-over-year growth, including privacy (up 90%), identity (up 50%), application security (up 45%), malware (up 34%), governance (up 35%), and cybersecurity compliance (up 30%). This is no surprise, given the 17% increase in the number of recorded data breaches during 2021 compared to 2020 (ITRC).

Between last year’s high-profile incidents involving ransomware, supply chain attacks, the exploitation of critical systems vulnerabilities and the new focus on cryptocurrency theft, it’s likely that interest in cybersecurity topics will continue to climb in 2022 and beyond.

“These valuable insights empower software developers, data scientists, and other practitioners to begin the hard work of taking emerging technologies and deploying them as real-world solutions.”