Gigamon announced the latest release of Gigamon ThreatINSIGHT Guided-SaaS NDR. ThreatINSIGHT provides SOC (security operation center) teams with visibility into historical network data and the tools to use that data to identify adversary activity across the MITRE ATT&CK 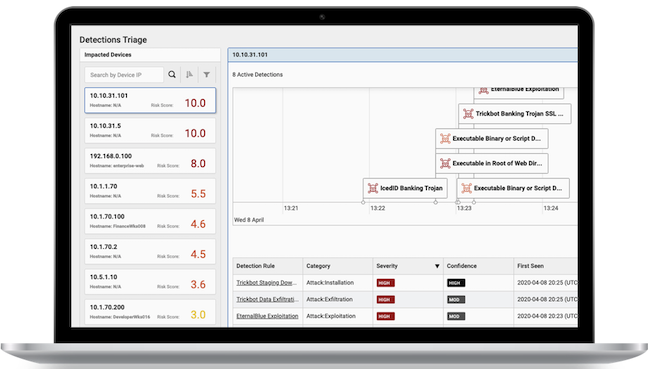 “Adversaries continue to capitalize on lengthy dwell times, and security teams need a solution that gives them an advantage,” said Chris Kissel, IDC Research Director, Security and Trust. “With the ability to analyze 365 days of network metadata and out-of-the-box tools that facilitate collaboration and coordinate investigative and threat hunting efforts, Gigamon helps organizations speed up and improve their forensics and incident response capabilities.”

In today’s threat landscape, it is critical that organizations arm their security teams with a solution that matches – and beats – adversaries’ sophisticated techniques. ThreatINSIGHT equips organizations with the resources to not only detect a potential threat but also to respond to that threat in real-time. More data, faster, with deep insights levels the playing field for SOC teams.

“With the advancements in this release, Gigamon continues to stay out ahead of the pack in NDR solutions,” said Bob Reilly, vice president of sales for Access IT Group, an industry leading cybersecurity solution provider and Gigamon Platinum partner. “Offering 365 days of visibility into suspicious network activity and an experienced team of threat analysts as part of the standard package, makes ThreatINSIGHT very competitive in the NDR marketplace.”

“Every new data breach, insider threat, and ransomware attack underscores the need for high-fidelity detections that are as effective as adversaries are persistent,” said Michael Dickman, chief product officer at Gigamon. “We’re extremely proud of this new release of Gigamon ThreatINSIGHT Guided-SaaS NDR, giving incident responders a full year of metadata, prescriptive playbooks to automate the basics, and the ability for teams to work on the same case in parallel.”