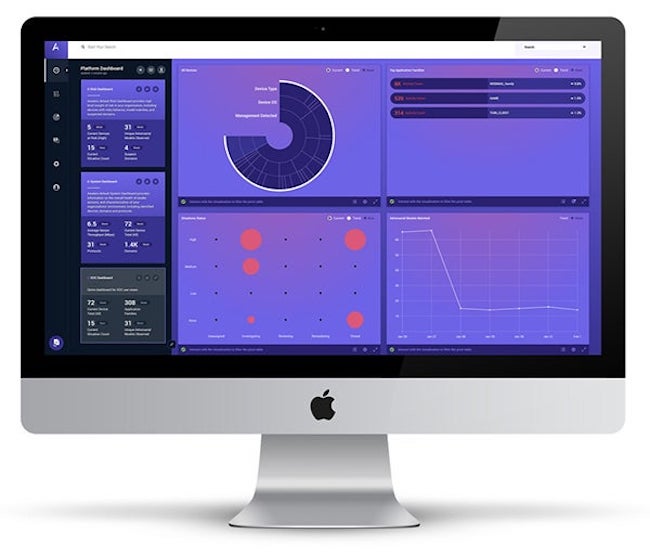 “As a highly respected network infrastructure provider, Arista is well-positioned to bake security into the core of the network. Bringing artificial intelligence techniques such as deep learning, belief propagation, and natural language processing to data captured directly off the switch has the potential to grossly simplify network security for customers,” said Dr. Edward Amoroso, Chief Executive Officer, TAG Cyber and Research Professor, New York University. “Being a former security practitioner myself, the ability to avoid the operational burdens of bolting security on, is very appealing.”

These sensors curate and transfer the “just right” deep-packet data to the AVA Nucleus, which is offered as both on-premises and SaaS. With a simple switch software upgrade and minimal impact on switch performance or reliability, the Arista NDR platform delivers:

“Network security has been an ongoing challenge for most organizations due to hardware deployments and configuration changes needed at the network infrastructure level. While organizations acknowledge that the network presents a unique vantage point, security teams have been forced to trade off network visibility and ongoing operational costs,” said Rahul Kashyap, Vice President and General Manager of Cybersecurity and CISO at Arista Networks. “By building NDR capabilities into the switching infrastructure itself, Arista enables a built-in, secure network that reduces organizational risk by speeding up both time to detection and time to remediation.”

Legacy NetFlow-based solutions are limited in their depth of visibility (port, IP address, and basic protocol information) and lack the context to identify modern devices or threats. In stark contrast, AVA Sensors analyze the full packet, including application layer data which sets the stage for automated and manual threat hunting. Innovations like this have led Arista NDR to be recognized as a leader in the KuppingerCole Network Detection & Response Leadership Compass 2021 Report. The platform also received the AI Breakthrough award for the Best AI-based Solution for CyberSecurity.

The new capabilities are expected to be generally available in Q2, 2022, with early trials in March 2022.