Magnet Forensics announced the release of an IDC survey which revealed that more than half of the respondents are expecting to make major investments in digital forensics and incident response (DFIR) technology over the next two years to address growing cybersecurity threats. 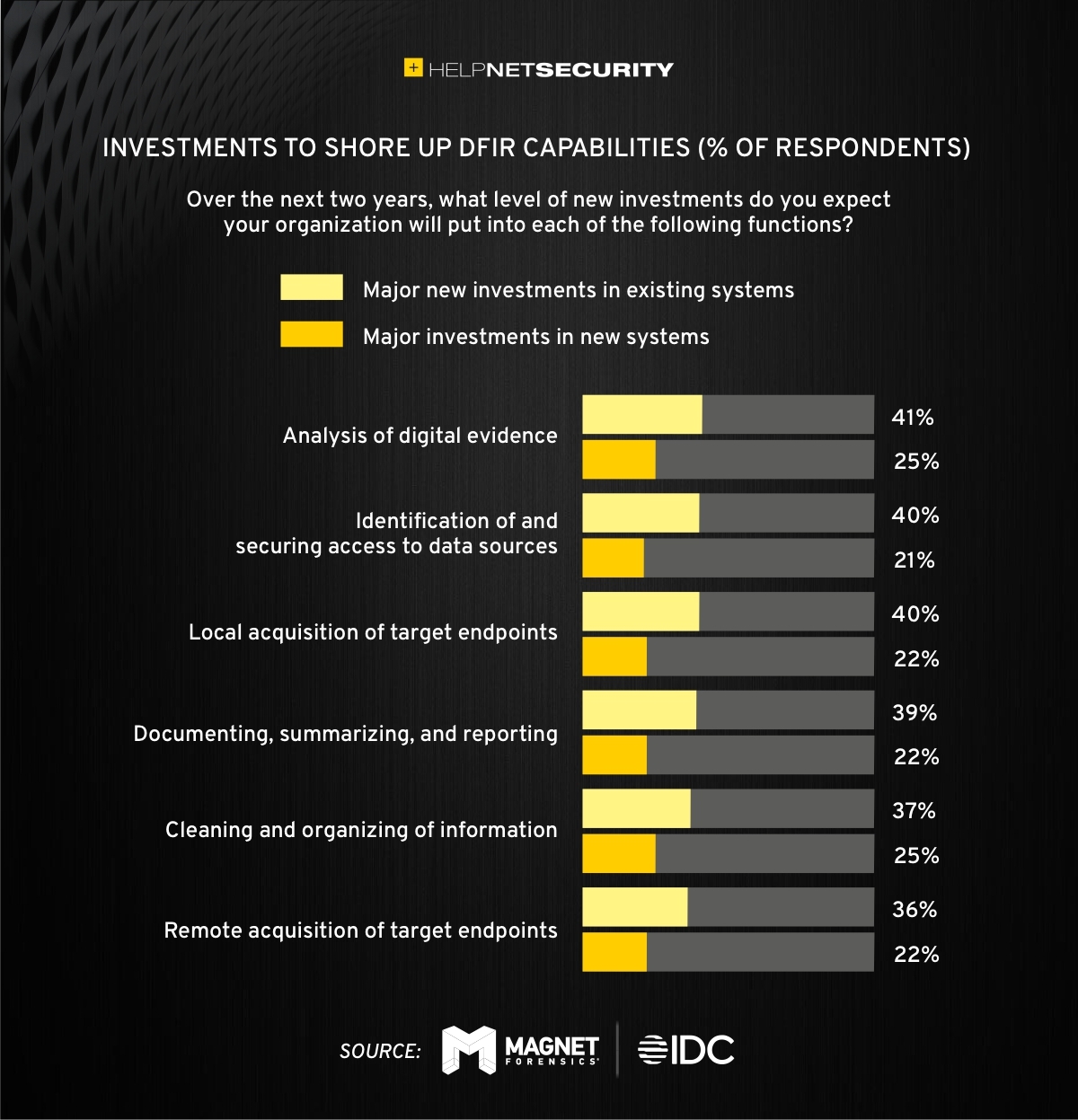 “The results of the survey are clear: Digital forensics is going to play a central role in helping enterprises protect their most valuable digital assets over the next several years,” said Adam Belsher, CEO at Magnet Forensics.

“Today’s threat landscape calls for enterprises to be prepared to respond to their leaders being impersonated in business email compromise attacks, their intellectual property being encrypted and exfiltrated through ransomware and the persistent threat of insiders.”

The survey of 466 DFIR decision makers and practitioners found that major improvements are needed across the board in digital forensic strategies. The respondents are expecting significant investments to carry them out.

“The sophistication and persistence of threat actors are increasing every day and it’s leading enterprises to realize they’ll need to make a strong investment in digital forensics and incident response technology and talent to safeguard their assets,” said Ryan O’Leary, research manager, privacy and legal technology at IDC.

“The survey shows digital forensics and incident response professionals are worried about the dangers posed by ransomware and malware over the next two years and that major investments will be needed to address their concerns.”

Organizations turning to third-parties for help

Nearly 50% said they’re turning to third-parties for help due to the excessive volume of investigations they’re handling. These professionals, the survey found, responded to major cybersecurity events that placed their organizations’ most valuable assets at risk in the past year.