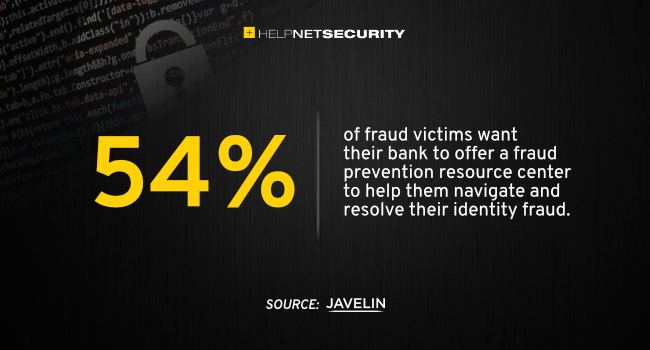 “Criminals reverted to pre-pandemic tactics in 2021 by focusing on virtual attack vectors such as bots, malware and a variety of identity fraud scams,” said John Buzzard, Javelin’s lead fraud and security analyst and author of the report. “Further, the 2021 data has shown criminals will change strategies to evade detection and maximize the amount of information they can extract from victims.”

Major shifts in the way criminals defrauded victims in 2021

Among the trends observed were huge increases to account takeover fraud and new account fraud in which fraud operators deployed multiple tactics to steal victims’ personal information to drain them of billions of dollars. The findings include:

The individual impact of identity fraud grew more severe in 2021, as the average per-victim loss from traditional identity fraud rose by $201 to $1,551, while identity fraud scams claimed $1,029 per victim. Further, victims spent an average of nine hours resolving their identity fraud issues.

“The 2021 losses are staggering and underscore how damaging identity fraud has become,” said Kathy Stokes, director of Fraud Prevention Programs at AARP. “Institutions must show empathy for the financial and emotional toll that identity fraud takes on its victims, who expect—and deserve—to be treated with respect, regardless of their situation.”

“Considering that one in twenty Americans were victims of fraud in 2021, offering an efficient, quick and transparent recovery process is a valuable differentiator and critical to retaining customers,” said Linda D’Evelyn, Sr. Director of Product at Equifax.

“With account takeover risks on the rise, consumers should also be advised on the value of protection that is constantly–and passively–operating in the background, like placing credit freezes or fraud alerts.”

The meteoric rise of account fraud demonstrates that criminals will leverage stolen consumer information to extract as much financial benefit as possible, all the while complicating the resolution process for victims and adding time and expense to recover from what is already an exhausting, stressful experience.

“The identity fraud landscape is shifting rapidly, and the 2021 figures show individuals and institutions alike are woefully unprepared for the tactics criminals are deploying in our modern, digital-first world,” shared Erik Kraus, VP of Fraud, Risk and Compliance Solutions at FIS. “Fraudulent account creation and takeover are likely to rise again in 2022 unless significant, targeted efforts go into safeguarding consumer information as they live full, digitally-inspired lives.”

“One of the most effective ways to make consumers feel safe and secure is to help them build safer online habits,” added Paige Schaffer, CEO of Iris. “Consumers’ appetite to protect their personal information and conduct safer transactions offers the perfect environment to nurture those behaviors.”