Zscaler released the findings of a report that reviews 12 months of global phishing data from its security cloud to identify key trends, industries and geographies at risk, and emerging tactics. 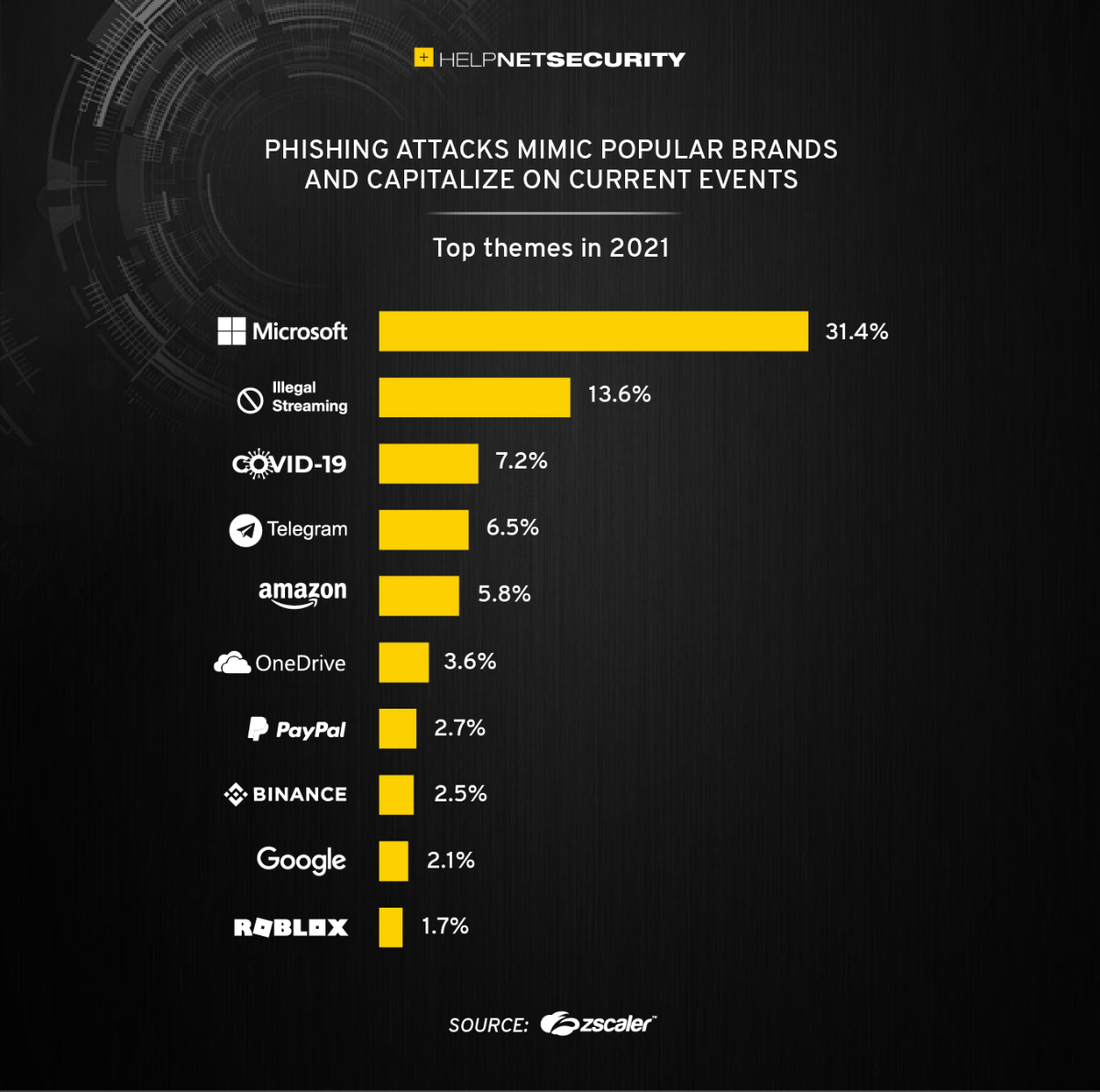 According to the FBI Internet Crime Complaint Center (IC3), phishing attempts are the most frequently-reported cyberattack. The research team analyzed data from more than 200 billion daily transactions, and 150 million daily blocked attacks in order to identify emerging threats and track malicious actors from across the globe.

This year’s report showed dramatic 29% growth in overall phishing attacks compared to previous years, with retail and wholesale companies bearing the brunt of the increase. The report also showed an emerging reliance on phishing-as-a-service methods, as well as new attack vectors, such as SMS phishing, becoming one of the more prevalent methods of intrusion.

“Phishing attacks are impacting businesses and consumers with alarming frequency, complexity, and scope – with the rise in phishing-as-a-service making it easier than ever for non-sophisticated actors to launch successful attacks. Our annual report highlights how cybercriminals continue to escalate their usage of phishing as a starting point to breach organizations to deliver ransomware or steal sensitive data,” said Deepen Desai, CISO and VP of Security Research and Operations at Zscaler.

“To defend against advanced phishing attacks, organizations must leverage a multi-pronged defensive strategy anchored on a cloud native zero trust platform that unifies full SSL inspection with AI/ML-powered detection to stop the most sophisticated phishing attempts and phishing kits, lateral movement prevention and integrated deception to limit the blast radius of a compromised user, proactive controls to block high risk destinations such as newly registered domains that are often abused by threat actors, and in-line DLP to safeguard against data theft.”

Phishing has always been one of the most pervasive cyberthreats, with various methods used to steal private information. One of the reasons this type of attack grows in prevalence every year is its low barrier to entry. Cybercriminals use current events, such as the COVID-19 pandemic or cryptocurrency, to convince unwitting victims to hand over confidential data, such as passwords, credit card information, and login credentials.

In 2021, the U.S. was the most-targeted country globally, accounting for over 60% of all phishing attacks blocked. The next most frequently attacked countries include Singapore, Germany, the Netherlands, and the United Kingdom.

Not all countries experienced the same attention from phishing attacks. For example, the Netherlands experienced a decrease of 38 %, which may have resulted from recently-passed legislation that increased the penalties for online fraud.

Phishing attacks were also not evenly distributed across different industries. Retail and wholesale businesses experienced an increase of over 400% in phishing attempts – the most out of all tracked industries. These businesses were followed by financial and government sectors, with organizations in these industries seeing over 100% increases in attacks on average. However, some industries experienced partial relief from phishing attacks last year. Healthcare saw a notable drop of 59 %, while the services industry saw a decline of 33 %.

While phishing has long been one of the most common tactics used in cyberattacks by sophisticated threat actors, it’s becoming more accessible to non-technical cybercriminals due to a maturing underground marketplace for attack frameworks and services. By selling their pre-built phishing tools and services on the dark web, cybercriminals are making it easier to deploy phishing scams at scale, creating a greater chance for more phishing activity in 2022.

According to the report, an average-sized organization receives dozens of phishing emails every day. This means that employees at all levels must be aware of the most common phishing tactics and empowered to spot phishing attempts that can result in financial losses and damage to the business’ brand.

Facing the threats outlined in the report can be daunting, and while it’s impossible to eliminate phishing risk, effective management can prevent business-critical information from falling into the hands of cybercriminals. Among other recommendations, Zscaler suggests the following tactics for countering phishing growth: