If it seems like you’re receiving more spam than normal, you probably are. Seventy-four percent of consumers say they have received a scam text so far this year, while as many as 83% have received a scam phone call, according to Allstate Identity Protection’s (AIP) first quarter Identity Fraud in Focus report. Of those, nearly half report receiving 11 or more spam attempts via text or call every week. 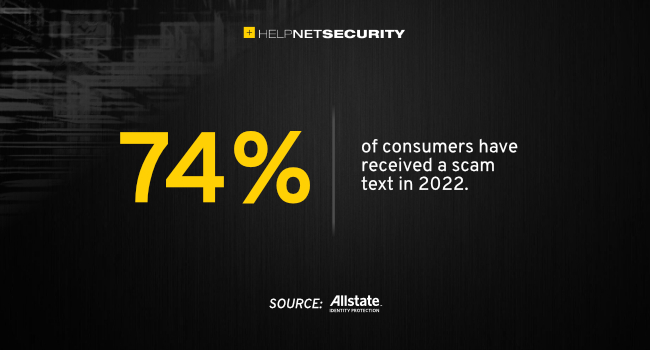 Although even successful scams sometimes fail to escalate to instances of full-blown identity theft – and therefore are not counted toward Allstate Identity Protection case counts – they are nonetheless burdensome and costly to victims.

Three varieties of scam that consumers should be aware of

Cybercrime continues to flourish. In the first quarter, there has been a 121% year-over-year (YOY) increase in fraudulent credit and/or loan inquiries and a 66% YOY uptick in medical fraud.

Although overall medical fraud case numbers remain relatively low, the rapid annual growth is alarming, as it can be stubbornly difficult to detect and resolve.

“The healthcare industry is particularly vulnerable to fraud. Often, patient files need to be shared with third-party vendors across a number of systems and devices – some of which are outdated and lack sufficient protection,” said Allstate Identity Protection VP of Product Lewis Bertolucci.