Trellix released The Threat Report: Fall 2022 from its Advanced Research Center, which analyzes cybersecurity trends from the third quarter (Q3) of 2022. 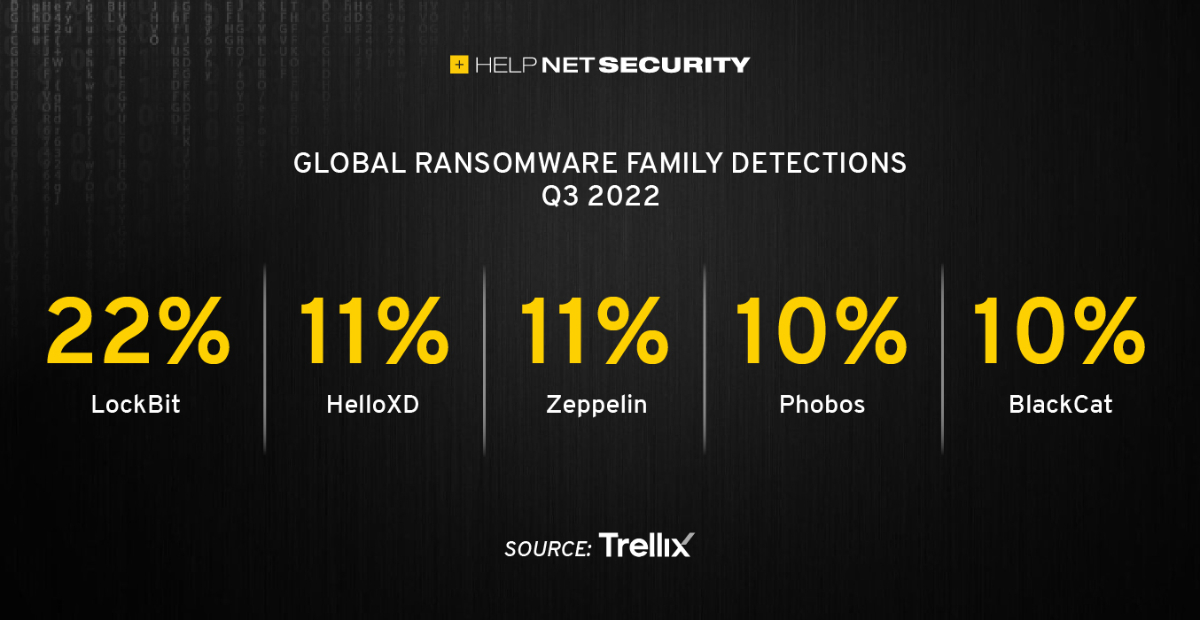 The report includes evidence of malicious activity linked to ransomware and nation-state backed advanced persistent threat (APT) actors. It examines malicious cyberactivity including threats to email, the malicious use of legitimate third-party security tools, and more.

“So far in 2022, we have seen unremitting activity out of Russia and other state-sponsored groups,” said John Fokker, Head of Threat Intelligence, Trellix. “This activity is compounded by a rise in politically motivated hacktivism and sustained ransomware attacks on healthcare and education. The need for increased inspection of cyberthreat actors and their methods has never been greater.”