Deep Instinct released its 2022 Bi-Annual Cyber Threat Report which focuses on the top malware and ransomware trends and tactics from the first half of 2022 and provides key takeaways and predictions for the ever-evolving cybersecurity threat landscape. 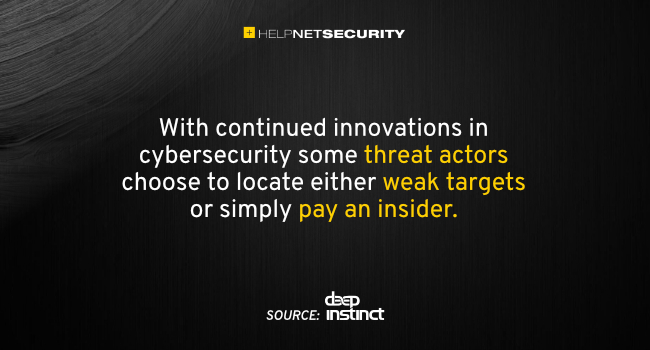 “2022 has been another record year for cyber criminals and ransomware gangs. It’s no secret that these threat actors are constantly upping their game with new and improved tactics designed to evade traditional cyber defenses,” said Mark Vaitzman, Threat Lab Team Leader at Deep Instinct.

Malware and ransomware trends in H1 2022

Not surprisingly, ransomware attacks remain a serious threat to organizations, as there are currently 17 leaked databases operated by threat actors who are leveraging the data for attacks on third-party companies, most notably social engineering, credential theft, and triple-extortion attacks.