Wallarm has launched the Wallarm API Leak Management solution, an enhanced API security technology designed to help organizations identify and remediate attacks exploiting leaked API keys and secrets, while providing on-going protection against hacks in the event of a leak. 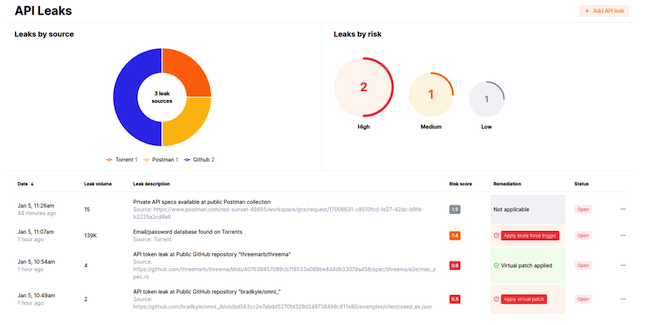 In light of the recent surge in hacks involving leaked API Keys and other API secrets, Wallarm developed the API Leak Management solution to provide a comprehensive answer to this problem by automatically discovering leaked API keys and secrets, implementing controls to block their use, and protecting against any follow-on attacks.

This prevents unauthorized access to sensitive data within enterprise companies while protecting their internal operations and end customers from unauthorized use of that data.

“API keys and secrets are an essential part of enterprise applications, but they are also a common target for attackers since they provide direct access to the data and infrastructure,” said Ivan Novikov, CEO of Wallarm.

“Our API Leak Management solution allows enterprise customers to automatically detect and block the use of leaked API keys, providing an additional layer of security for their data to reduce organizational risk,” Novikov continued.

With the average cost of an API leaking incident at $1.2 million per year, safeguarding API keys is both a security and financial imperative.

Locating and revoking API keys in a timely manner is both time-consuming and resource-intensive, so Wallarm’s proactive API leak management solution prioritizes automated detection, remediation, and control through a three-prong approach:

Customers get full-spectrum visibility, detection, and protection for their entire web application and API portfolio, regardless of protocol or environment, via the Wallarm API Security Platform. This reduces tool sprawl and cost while improving risk management and supporting innovation.