This afternoon RSA Security held a press conference where they informed the public of some new partnerships and products. One of the new releases is RSA Clear Trust 5.0. This software was designed to allow companies to easily secure and manage trusted user identities and access privileges across e-business environments. As they noted, RSA Clear Trust should help the companies in reducing the operating costs and securely extend their e-business infrastructure. 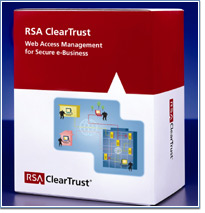 This version of RSA Clear Trust has introduced a new approach to administration and user management via an intuitive web based interface that supports international localizations. Some of the new advanced interoperability features are native support for both database and directory user repositories and support for the Security Assertion Markup Language 1.0 (SAML 1.0).

The OASIS Security Assertion Markup Language specification is an industry standard for the eXtensible Markup Language (XML) for exchanging authentication, attribute, and authorization information. It is designed to enable secure Web single signon to applications within organizations as well as across companies. SAML is becoming an important standard for federating user identities and is applicable to both enterprise and value chain environments that need to leverage a user identity that can span traditional security domain boundaries. 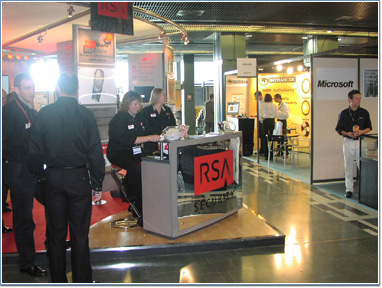 One of the main partners of this conference was also mentioned in the press conference, as RSA Security announced strategic agreement with Microsoft. The first initiative in this partnership will center on Microsoft’s licensing of RSA SecureID two factor authentication software and RSA Security’s development of an RSA SecureID Software Token for the Microsoft Windows Pocket PC. Craig Munide, Microsoft’s Chief Technical Officer noted that “Working closely with other vendors in the security community is a critical component in making Trustworthy Computing a reality for our customers”.

During Mr. Mundie’s speak this morning, he mentioned that there is a long journey to Trustworthy Computing. Part of the “begin roll-out” graph he presented was Web Services (WS) Standards. Well, RSA Security was one of the original companies that supported the submission of WS-Security to the OASIS standards organization. That was also part of the strategic alliance that was announced today.

In yet another press release (there were more), RSA Security announced a strategic partnership with iRevolution, an integrated Software Solutions Provider. Their agreement is also connected with Microsoft, as RSA Security and iRevolution are creating a solution that is designed to enable Microsoft Passport users to sign-on using RSA Mobile software. All the press releases mentioned are now available from the press section on HNS. 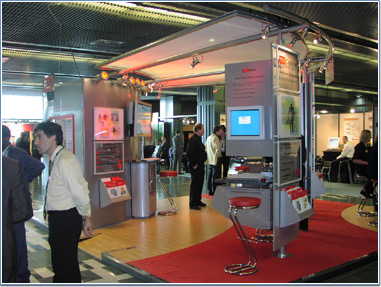