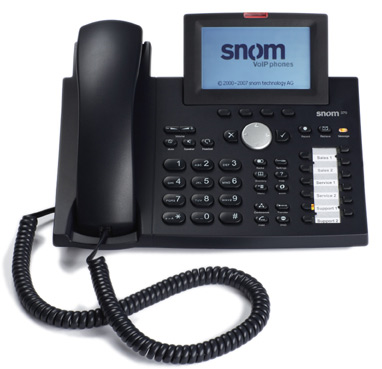 The snom 370 increases VoIP security by acting as a VPN client – enabling encrypted tunnels for all voice traffic between the snom phones and the company IP PBX. The new VPN feature also eliminates all Network Address Translation (NAT)-traversal issues often experienced with Session Initiation Protocol (SIP). For example, with the snom 370 functioning as a VPN, remote devices are easily integrated into an office network without the need of a NAT traversal solution. This enhancement is particularly valuable for security-sensitive installations, such as those involving public safety, as it is now possible to have all snom 370 phones on the LAN use VPN technology.