Li Jun, Wang Lei, Zhang Shun and Lei Lei are facing charges in a people’s court in Hubei Province in connection with the creation and distribution of the Fujacks worm. The worm (also known as Worm.Whboy) made headlines earlier this year because it converts icons of infected programs into a picture of a panda burning joss-sticks, while secretly stealing the usernames and passwords from online games players. 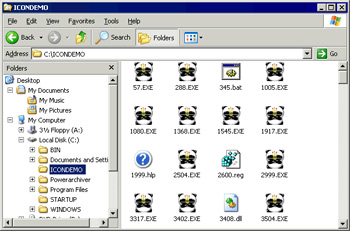 25-year old Li Jun is said to have confessed to writing the worm, before selling it to twelve clients for more than 100,000 yuan, approximately 6,290 GBP. Under Chinese law the men could face five years or more in prison if convicted of writing and spreading the malicious software. According to prosecutors, the gang sold the personal information they stole online using Fujacks for thousands of pounds.

“As the motives behind cybercrime have switched from causing mayhem to making money, authorities all over the world are now taking a harder line against its perpetrators,” said Graham Cluley, senior technology consultant for Sophos. “Criminal hackers should think long and hard about whether the riches they accrue are really worth what could be a long spell in prison.”

“It remains to be seen whether the powers that be in China act more sympathetically to Li Jun, given that he apparently wrote a program to clean-up the infection,” continued Cluley. “However our recommendation remains to use legitimate anti-virus software to deal with a malware infestation – not to rely on a tool that may have been written by one of the hackers responsible for the outbreak in the first place.”