Absolute, the leading provider of firmware-based anti computer theft solutions announced that it has reached a milestone of 5,000 computer recoveries on behalf of its customers. Not a bad figure at all. 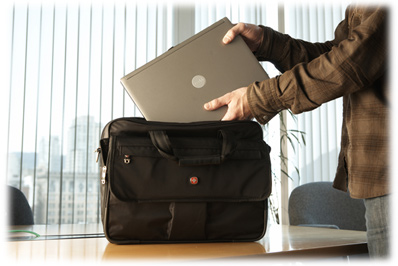 Here are some of the interesting success stories from this field of work:

An art teacher returned to her classroom Monday morning to discover that one of the school’s Hewlett-Packard laptop computers had been stolen. The district’s IT team immediately informed local police and the Absolute Recovery Team.

Shortly thereafter, information sent from the stolen laptop led Arizona police to begin investigating a parole violator who appeared to be using the computer. With police set to make an arrest, the laptop suddenly changed hands. Upon further investigation, detectives learned that the laptop had been sold to the parolee’s former employer – an auxiliary member of the County Sherriff’s Office. When detectives informed the new owner that the computer had been stolen from a local school district, he immediately surrendered the computer and is now cooperating with police to locate the alleged thief.

Minnesota Health System Tracks Stolen Laptop to Vietnam and Back

A thief entered one of the hospital’s facilities on Saturday morning and made off with a laptop. The following day, hospital IT staff watched in the Computrace Data Center as the computer reappeared online in nearby Golden Valley, before being shut down again. On Tuesday, Absolute Theft Recovery Officers were surprised to see the laptop calling home from Vietnam using a new operating system and the forged login credentials “Autoservice” and “Garage”. It appeared that the thief had reformatted the laptop but Computrace continued to provide investigators with comprehensive tracking information.

Hospital staff watched as the alleged thief tailored the computer to his personal preferences before abruptly returning to the U.S. where local police pounced. On further investigation, police discovered other computers stolen in what investigators believe may be a larger, international theft ring.

Library staff at a school district in California returned to work Monday morning to discover that a Dell Latitude computer had been stolen from behind a set of two locked doors. Staff were puzzled by the absence of any obvious sign of break-in. Suspecting that the laptop had been taken by an insider, they informed local police and the Absolute Theft Recovery Team.

Information sent from the stolen computer led detectives to a male and female suspect who claimed they had purchased the computer from the school’s custodian for $150. After interviewing the custodian, local police recovered several computers as well as a pair of multimedia LCD projectors also missing from the school. Investigators believe that the alleged internal thief was responsible for the theft of more than 75 computers that had mysteriously gone missing from the school. Charges of breaking and entering as well as receiving stolen property are pending further investigation.

The Computrace Software Agent that powers Absolute Software’s solutions is embedded in the BIOS of computers from the world’s leading computer manufactures. It can be activated by customers when they purchase a subscription with terms ranging from one to four years. When a computer equipped with Computrace is reported stolen, Computrace sends a silent signal over the Internet to Absolute’s Monitoring Center, providing critical location information. Absolute then works with local law enforcement to help recover the computer. Embedded in the firmware of a computer, the stealthy Computrace Agent is capable of surviving operating system re-installations, as well as hard-drive reformats, replacements and re-imaging.