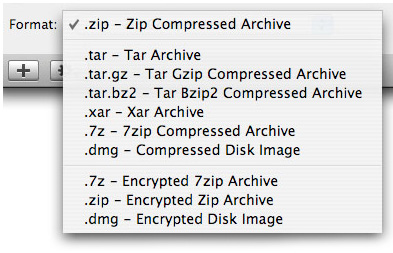 For high security, you can use Compress Files to encrypt part of your hard disk through the use of an encrypted disk image protected with a password. You can then also email this disk image to other people who know the password. The image will show up as a volume on your desktop. When your Keychain is locked, or when you send that disk image file to another person, the image is secure. When your Keychain is unlocked, you can copy, move and delete files as you would on any normal hard disk.

New in this release are: