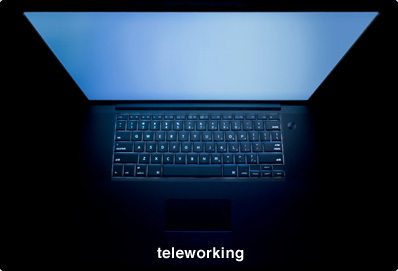 The CDW-G survey shows that 76 percent of private-sector employers provide technical support for remote workers, up 27 percentage points over 2007. Federal agencies remain strong advocates for telework, also called telecommuting, with 56 percent of Federal IT professionals indicating that their agencies provide IT support for teleworkers. Since 2005, Federal IT support has grown 23 percent, according to a year-over-year trend analysis of telework survey data.

Federal law requires agencies to enable telework for 100 percent of eligible employees. Drivers for Federal telework adoption include military base closings and realignments, traffic congestion around major metropolitan areas, and environmental impacts, as well as enabling productivity for field workers and planning for continuity of operations in the event of natural or manmade catastrophes.

Despite those security protections, the survey revealed a gap in awareness that could introduce security weaknesses: 21 percent of Federal employees and 31 percent of private-sector employees say they are not aware of their organization’s corporate security policies, potentially opening the door to behaviors that risk security breaches.

Telework capability benefits continuity planning, employee recruitment
Ever-heightening concerns with traffic congestion, air pollution and gasoline prices increase the attraction of telework, and the 2008 CDW-G Telework Report also finds that the telework option could improve employee recruitment, satisfaction and retention. In fact, 50 percent of Federal employees and 40 percent of private-sector employees say that the option to telework would influence their decision to remain with their employer or take a new job.

Further, broad telework adoption could ensure the continuity of government and business operations in the aftermath of a major catastrophe, or even for the duration of a minor disruptive event, such as a snowstorm, tornado or wildfire – and this year’s survey finds mixed news on that topic. Consistent with the decrease in Federal telework eligibility, Federal employees’ ability to continue to work remotely in the event of a natural or man-made disaster has declined significantly since 2007, with 59 percent of Federal employees indicating that they could telework during a disruption, down from 75 percent in 2007. In the private sector, continuity of operations capability increased but still trails the Feds, with 46 percent of employees indicating that they could continue working during a disruption, up from 33 percent in 2007.

The value of telework to continuity of operations is clear, with more than half of Federal employees who can continue working during a disruption indicating that they are eligible to telework. In the private sector, the benefit is even more dramatic, with more than 70 percent of employees who can continue working indicating that their company has a telework program.