With Shadow, backup jobs are executed transparently in the background without disturbing the user and without slowing system performance. Files or file groups can be automatically backed up in their native format every time a change occurs. With files preserved in their native format, they can be quickly restored without requiring additional software. 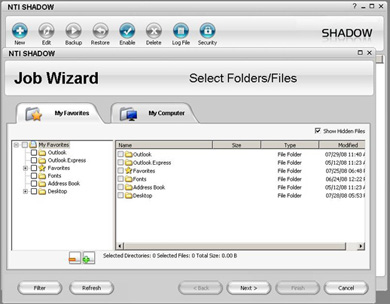 New features that have been added to Shadow v4.0 include: