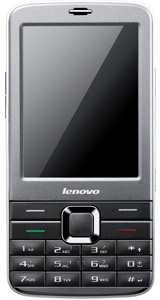 With fingerprint recognition now common in laptop PCs, the capability has been increasingly finding its way into mobile phones. Atrua’s fingerprint touch controls deliver all the benefits of fingerprint sensors found in laptops, and more. Studies have shown that mobile phones are frequently lost or stolen and many users are concerned about compromising the private and valuable data on their phones. Since typing passwords is even more cumbersome on phones than it is on PCs, the convenience of never having to re-type passwords is all-the-more appealing to phone users. In addition, Lenovo’s P960 has an innovative “VIP recording” feature that automatically records calls from designated numbers. The fingerprint biometric technology is used in the P960 to protect sensitive data such as VIP recordings, text messages, call history, and address book information.