CoSoSys announced today the release of its latest version of Endpoint Protector 2008 which features support for Red Hat Linux 5 and Fedora 9 as server operating systems. The new version comes to support CoSoSys’ ongoing effort to include a wider range of Linux distributions to better adapt to varying hardware requirements of companies around the world. 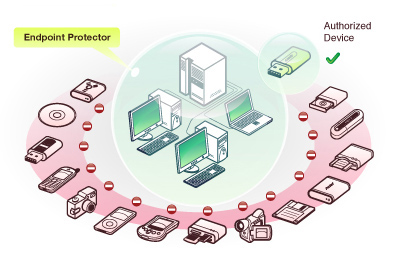 The popularity among network administrators of previous Endpoint Protector 2008 server editions supporting Linux distributions such as Debian subsequently led to including more popular server platforms in the newest version. This enables companies already using the Red Hat and Fedora distributions as server operating systems to use Endpoint Protector 2008 on their existing hardware and software platforms.

Modern users require an increasing number of portable devices as they depend on them to be able to work fast, effectively and conveniently, without putting data or network security at risk. Controlling the use of portable storage and lifestyle devices within a corporate IT environment is thus essential in preventing intentional data theft or accidental data loss. With the help of Endpoint Protector 2008, corporate IT departments can proactively take control of what employees are allowed to use which devices, while keeping track of all data that is transferred in or out of the protected network though these devices.

Endpoint Protector 2008 protects Windows XP and Windows Vista PCs and laptops and can be installed on Windows 2003 Server and Linux Servers (Debian, Ubuntu, Red Hat and Fedora) to be fully compatible within an your existing network landscape.