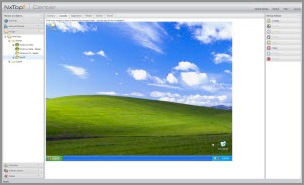 In addition, NxTop allows more than one operating systems to execute at the end-point in a fully symmetric fashion with complete isolation and security; literally as if the operating systems are executing on disparate devices. This enables new use-cases for organizations and end-users, such as: