Nokia introduced the Maemo 5 Alpha SDK including the new UI framework and APIs for application development. The redesigned Maemo UI provides a simple and beautiful experience with a finger based full screen context. Developers can now use hardware-accelerated 3D graphics at WVGA resolution. 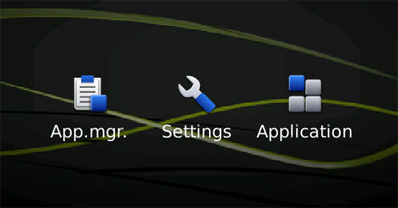 The Alpha SDK is suitable for adventurous developers wanting to get first impressions of Maemo 5, either by porting existing applications or creating new ones. The APIs are not frozen and there is no documentation with the exception of auto-generated API references. However, it is a good basis to get started with Maemo 5 application development instead of waiting for the forthcoming beta release.

The Alpha SDK includes a simplified UI implementation of the Desktop and the Application Menu, as can be seen from the example screenshots published today. Even if the current SDK resembles a single-application environment, the final Maemo 5 release will be a multitasking platform as usual. The user interface components for multitasking will be published at a later stage.