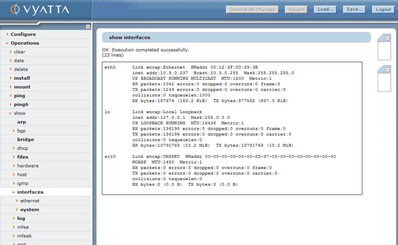 For the majority of today’s networking projects, Vyatta consistently outperforms proprietary networking solutions and offers users an average cost savings of 50 to 80 percent. As IT professionals and network administrators around the globe are seeking affordable networking alternatives, they are finding that Vyatta delivers the features, performance, and services they need without the severe price-penalty of proprietary offerings.

New features in VC5 include: