The Samurai Web Testing Framework is a live Linux environment that has been pre-configured to function as a web pen-testing environment. The CD contains the best of the open source and free tools that focus on testing and attacking websites. 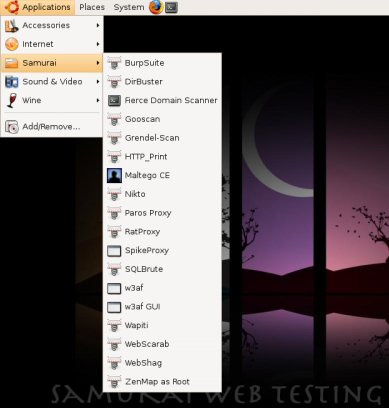 The developers included the tools they use in their own security practice. The CD contains tools used in all four steps of a web pen-test:

We also have a video overview of the project and also a video of the authors from DEFCON.