Symantec announced the findings of its 2009 Green IT Report, a follow up to the Green Data Center report released in late 2007. According to survey data, senior-level IT executives report significant interest in green IT strategies and solutions, attributed to both cost reduction and environmental responsibility. The data points to a shift from implementing “green” technologies primarily for cost reduction purposes, to a more balanced awareness of also improving the organization’s environmental standing. 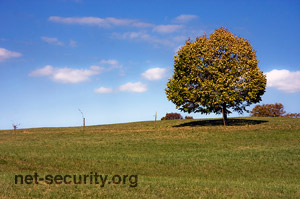 Ninety-seven percent of respondents state they are at least discussing a green IT strategy, while 45 percent have already implemented green IT initiatives. IT decision makers are increasingly justifying green IT solutions by more than cost and IT efficiency benefits. Respondents cited key drivers as reducing electricity consumption (90 percent), reducing cooling costs (87 percent), and corporate pressure to be “green” (86 percent). Furthermore, 83 percent of respondents are now responsible or cross-charged for the electricity consumed in the data center—bringing visibility and accountability to bear on the ultimate consumer of these resources.

IT central to enterprise green efforts

As organizations continue to adopt programs and practices to drive environmental responsibility throughout the enterprise, IT is increasingly important to the broader enterprise “green” efforts. Perhaps the strongest indicator, 83 percent of IT departments report they are now responsible or cross-charged for electricity, providing a strong motivator for IT to reduce energy costs.

Furthermore, 89 percent think IT should play a very or extremely significant role in “green’ efforts and 94 percent have a corporate green advocate, with more than one-fifth focusing exclusively on IT initiatives.

About Symantec’s green IT report

Symantec’s Green IT Report is the result of research conducted in March 2009 by Applied Research, which surveyed enterprise IT executives, including vice presidents, directors, and C-level IT executives. The report was designed to gauge respondents’ interest in and plans for deploying strategies and solutions to help reduce e-waste associated with computer hardware, software, facilities, and planning, and ultimately reduce the organization’s footprint. The study included 1,052 respondents in the United States, Canada, France, Italy, the U.K., Brazil, Mexico, Australia, India, Japan, Singapore, Malaysia, South Korea, New Zealand, and China.