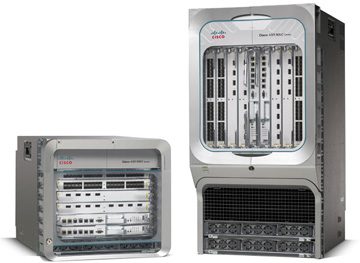 The use of video and mobile Internet is growing at a staggering rate. By 2013, the sum of all forms of video such as TV, video on demand, Internet video, and peer-to-peer will exceed 90 percent of global consumer traffic, according to the Cisco Visual Networking Index. In addition, fixed-network and mobile data combined is expected to grow 66-fold in the same period. To address this growth, the Cisco ASR 9000 continues to add capacity and capabilities specifically engineered to help service providers handle current and future demands.