Enjoy the rest of your summer vacation say the hacking community, as you’re far less likely to be targeted now than during your Christmas and New Year vacation. That’s according to the results of the “Hacker Habits” survey by Tufin Technologies which was conducted amongst 79 hackers at Defcon 17 in Las Vegas this month. 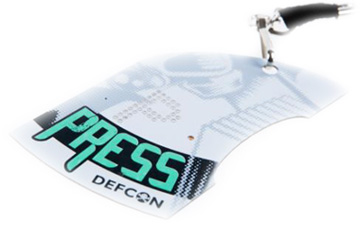 Given the small number of respondents compared to the number of attendees, their opinions should be taken with caution, and don’t necessarily represent what the majority of hackers attending Defcon really think. In any case, what follows are the results.

Eighty nine percent of hackers admitted that IT professionals taking a summer vacation would have little impact on their hacking activities, as a whopping 81% revealed they are far more active during the winter holidays with 56% citing Christmas as the best time to engage in corporate hacking and 25% naming New Years Eve.

If you want to know when you should be most on your guard it’s during weekday evenings with 52% stating that this is when they spend most of their time hacking, 32% during work hours (weekdays), and just 15% hacking on weekends.

Ninety six percent of hackers in the survey said it doesn’t matter how many millions a company spends on its IT security systems, it’s all a waste of time and money if the IT security administrators fail to configure and watch over their firewalls. Eighty six percent of respondents’ felt they could successfully hack into a network via the firewall; a quarter believed they could do so within minutes, 14% within a few hours. Sixteen percent wouldn’t hack into a firewall even if they could.

Validating the frustrating gap between compliance and security, seventy percent of the hackers interviewed don’t feel that regulations introduced by governments worldwide to implement privacy, security and process controls has made any difference to their chances of hacking into a corporate network. Of the remaining 30%, 15% said compliance initiatives have made hacking more difficult and 15% believe they’ve made it easier.

Seventy percent of those sampled believe the number of malicious hackers – criminals motivated by economic gain– is less then 25% of the of hacker community.